Baa Baa Land: A film they want you to fall asleep in

“Baa Baa Land” - billed by its makers as the dullest movie ever made. 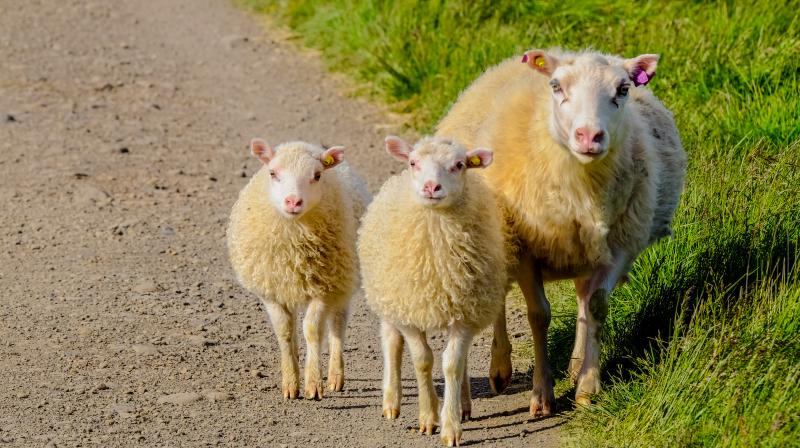 “Baa Baa Land” - billed by its makers as the dullest movie ever made. (Photo: Pexels)

Clad in a sparkling ball gown and tuxedo, the stars of the latest film to premiere in London’s Leicester Square walked the red carpet in a rather unusual manner - on four legs.

The stars in question were a group of sheep who feature in a new eight-hour, dialogue-free film “Baa Baa Land” - billed by its makers as the dullest movie ever made.

It’s not so much watching the grass grow as watching it be eaten.

The film - whose title plays on Hollywood hit “La La Land” -- features no actors, words or narrative and consists entirely of slow-motion shots of sheep in a field in Essex, England.

It was made as a tongue-in-cheek insomnia cure, by Calm.com, one of the companies vying for a piece of the fast-growing mindfulness industry, part of what the Global Wellness Institute estimates is a $3.7 trillion global wellness market.

Mindfulness is essentially meditation of the kind practised in East Asia for thousands of years. It is recommended by Britain’s National Health Service to help deal with stress and anxiety and has been embraced by companies ranging from Google to Goldman Sachs.

Apps like Calm and Headspace, which claims to have six million users, offer users guided meditation, while others help users ensure they are sleeping well.

There are at least 1,300 mindfulness apps in an increasingly crowded market, according to research firm Sensor Tower.

With many of the leading smartphone apps scoring 4.5 and 5 star reviews from tens of thousands of users in app stores, the technology does appear to be meeting with a positive reception from many users.

Whether taking contemplative breaks at the behest of your smartphone, or using it to assist you in getting a good night’s sleep has tangible benefits has some experts are sceptical.

“The idea of using an app on a digital platform to get to sleep - regardless of whether they work or not – seems to be a complete negation of what you’re meant to be doing, which is avoiding stimulation, interaction and thinking,” sleep expert Dr. Neil Stanley told Reuters.

Research suggests that many health apps struggle to deliver on their promised benefits.

A 2015 study of mental health apps by researchers at the University of Liverpool found that many digital mental health products suffered from “a lack of scientific credibility and limited clinical effectiveness,” though noted that some did produce “significant patient benefits.”

Other experts feel that while not a panacea, apps are a positive starting point for many people.

“It’s much more about understanding how to use digital as a tool and not the driver of our lives,” said Orianna Fielding, founder of the Digital Detox company, which runs workshops on wellbeing in people’s digital lives.

“I think any app that gets you to have a look and understand your digital dependence habits, that can identify the psychological and emotional triggers that lead you to get overloaded and dependent is good.”