Trekking out of bound in U’khand

In a bid to protect the ecologically fragile alpine meadows of Uttarakhand, the High Court has put severe restrictions on trekking. 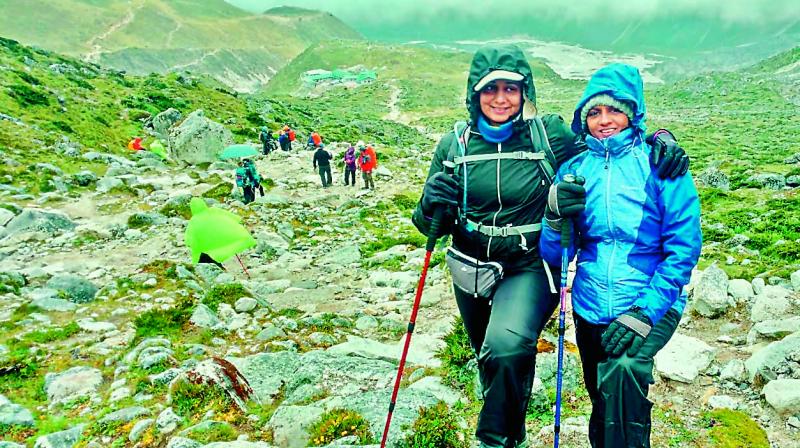 Avid traveller Savita Reddy with Sujatha Bharadwaj, while on a trek.

For those who love a trek off the beaten path, no place in the country comes close to Uttarakhand. Each of the many trails, coupled with the beautiful vistas and clean air, guarantee a fulfilling experience to the explorer.

In Uttarakhand, one can unravel the charm of the alpine grasslands and spend the night at a meadow under the starry sky. But such a charming Himalayan adventure may be a thing of the past after the Uttarakhand High Court clamped down on adventure tourism in the state. Not only is there a ban on night stays at high-altitude meadows, but the state has also limited the number of tourists to 200.

This decision would deal a sharp blow not only to holidaymakers but also to those whose livelihoods depend on it like guides, cooks, mule operators, helpers, porters and small establishment owners who rely on the peak trekking season.

Trekkers are disappointed
The news of the clampdown has hit the trekking community hard. “Uttarakhand boasts of some of the best trekking routes in India and attracts trekkers from around the world. The rugged slopes of the mountain not only test a trekker’s stamina but also soothe their eyes. This sudden ban is disappointing for every trekker who looks forward to his/her annual trip. A few of my friends had already planned their annual trip to the state to see the mysterious Roopkund Lake. But everything stands cancelled now,” says Alka Singh, fashion designer and an avid traveller.

However, avid and seasoned trekker Sachi, who has explored various places across the world and has trekked on various routes feels that it’s a good move. “It is a quintessential step for nature to recover and replenish. But this step will force tour operators and others to divert their routes to other popular hilly areas such as Himachal, Northeast etc. Which then again will create chaos at these places. I strongly believe that these regions should also set up some rules so that they do not face the same environmental challenges that Uttarakhand has been facing. There should be strict rangers and system to keep a check.”

While one can’t ignore the ruling, many are hoping there can be a middle path so that trekking can continue in an environment-friendly way.

“We respect the law of the land. But several people may have already booked their tickets and planned their expeditions. Now they will all be stranded,” feels Shekhar Babu Bachinepally, mountaineer, guide and adventure sports promoter. 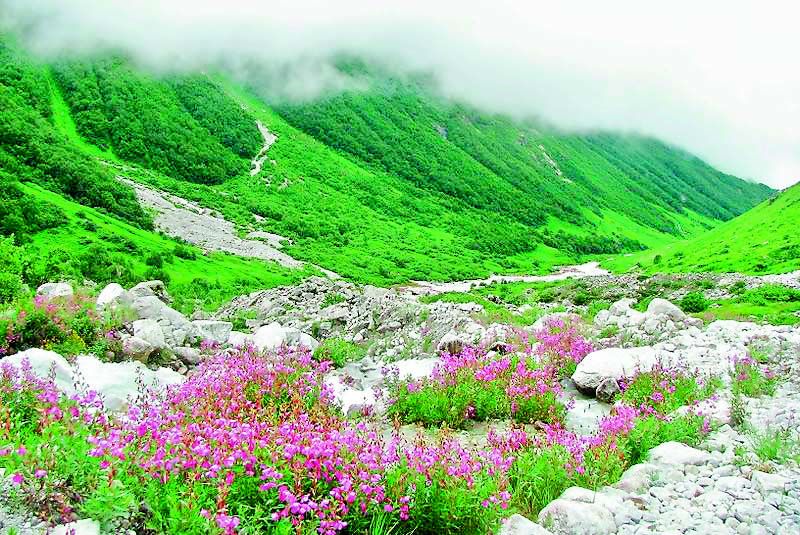 The Valley of Flowers in Uttarakhand.

For travel enthusiast, Anangsha Alomyan, the ban has been difficult news to digest. “I am very fond of Uttarakhand. I am extremely disheartened by this news. I am not against the ban. But the locals solely depend on these activities for their livelihood. And as adventure lovers, we depend on the charismatic nature of the meadows,” she says.

Bad for business
Vaibhav Thakur, co-founder and MD, Trektribe, feels the local tour operators will be badly affected. He explains, “There is no doubt that tour operators in Uttarakhand are in for a huge loss as the trekking season has already begun. Many of them are even opting for a job change; some are even concentrating on locations less explored.”

Manu, a worker at a popular restaurant on the famous Ganga Ghats in Rishikesh says, “It has anyway been a seasonal business for us always. People flock to the restaurants during peak seasons and most of us go back home for other work during the off-season. Now this ban is going to force us to look for different modes of income. It is not only the guides and adventure companies who depend on adventure tourism but also everyone else. It is a big component of our state’s tourism. In peak season if we have four to five people working in the kitchen, in the off season it's one, who is mostly a local.”

Hari Charan of Wildwoods, adds, “The news of the ban is really a shock to us. Trekking is just one part of adventure tourism but other activities like rafting, kayaking, paragliding and so on will also be hit. As operators, we have to deliver a complete package, which is possible only in a few areas.”

Some of the operators are hoping for light at the end of the tunnel. “Over the last five years, we have even entered into an agreement with trekkers to not litter or smoke and to safeguard the environment. We are hoping the ban is temporary and will be lifted soon. We have alternate destinations. But one of the main reasons trekkers prefer Uttarakhand is because of its scenic beauty, greenery, culture and pollution-free environment,” concludes Paramjeet Singh, business head, Outlife.