In the Autumn 2018 Season of the Symphony Orchestra of India (SOI), Alexander will helm India’s first and the only professional orchestra. 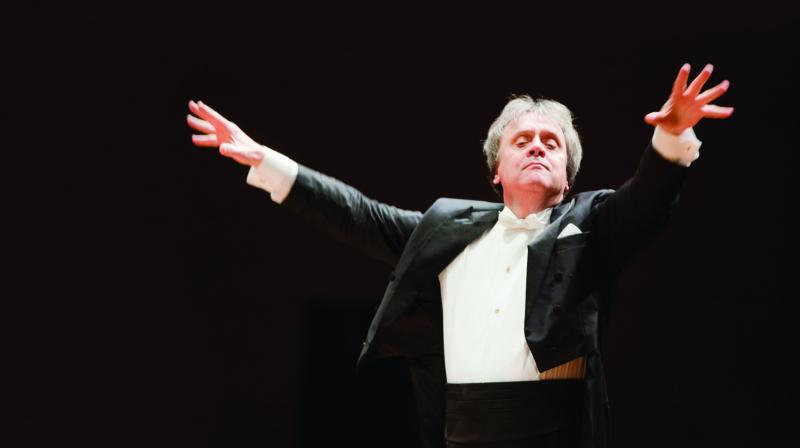 Celebrated Russian conductor, Alexander Lazarev is all set to conduct his first Indian gig at the Autumn 2018 Season of the Symphony Orchestra of India.

As extravagant as his operas would be, Richard Wagner's contribution to the development of harmony is considered as much revolutionary. A rather controversial figure for his anti-Semitic views, the German’s Prelude to Die Meistersinger von Nürnberg (The Master-Singers of Nuremberg), is one of the most popular and commonly played compositions worldwide. Bringing this composition to India, along with the other stalwarts of the Western Classical music, is Russia’s foremost music conductor Alexander Lazarev.

In the Autumn 2018 Season of the Symphony Orchestra of India (SOI), Alexander will helm India’s first and the  only professional orchestra. The conductor, who is making a debut on the Indian shore, will not only conduct Wagner’s work, but also the rarely played Bloch’s Violin Concerto and Tchaikovsky’s Suite No.  3. The mentioned repertoire for the concert on September 4 includes diverse compositions. “As this is my first visit to India, I wanted to perform the masterpieces which are not very often played.  I am sure that we will leave the audience enthralled,” says Alexander on his choice of compositions.

During the time of Mikhail Gorbachev’s leadership of the Soviet Union, Alexander was the Chief Conductor and Artistic Director of the Bolshoi Theatre from 1987 to 1995. Consequently, he also became the first person for over 30 years to hold both positions concurrently. Bolshoi Theatre, which is one of the oldest and most historic theatres in the world, also houses the world’s biggest ballet company. A hallmark of the Russian tradition of arts, the tumultuous period of the ending of the Soviet Union, along with the reformation policies of Gorbachev allowed Bolshoi Opera an unprecedented programme of foreign tours including Tokyo (1989), La Scala, Milan (1989), the Edinburgh Festival (1990 and 1991) and the Metropolitan Opera in New York (1991). He says, “After perestroika the Bolshoi was able to make artistic plans without political interference and Russian artists had much more freedom to travel abroad.”

Along with the foreign tours, Alexander’s contribution to the Bolshoi Theatre also included founding of ‘Ensemble of Soloists’ with the aim of programming and dissemination of contemporary music by both Soviet and foreign composers. Alexander reminisces the time, “It was a Russian equivalent of one of those groups that specializes in modern music like the Ensemble Modern. It was not a symphony orchestra, but a flexible group of players sympathetic to modern music who were willing to explore the repertoire.” He also went on to explore the same during the time he served as the Principal Guest Conductor of the BBC Symphony Orchestra and the Principal Conductor of the Royal Scottish National Orchestra.

Having conducted masterpieces of the contemporary choral repertoire of Schnittke, Korndorf and Shostakovich, and with his expertise ranging from 18th century to avant- garde, Alexander feels closer to his Russian roots. “I have been really close to Russian tradition particularly to Tchaikovsky, Rachmaninoff and Shostakovich and to the major 20th century Russian composers like Stravinsky and Alexander Scriabin. That’s all very much my repertoire. I believe that Shostakovich and Prokofiev are both giants.”

With over 40 years of conducting experience, Alexander believes that perseverance and commitment is key to achieving excellence. His profound advice to aspiring conductors is, “Lead from the heart. It is important to just enjoy the music and be passionate about what you do.”