Mumbai’s gopikas get the handi

For the first time, the city’s women participated in a large-scale dahi handi competition. 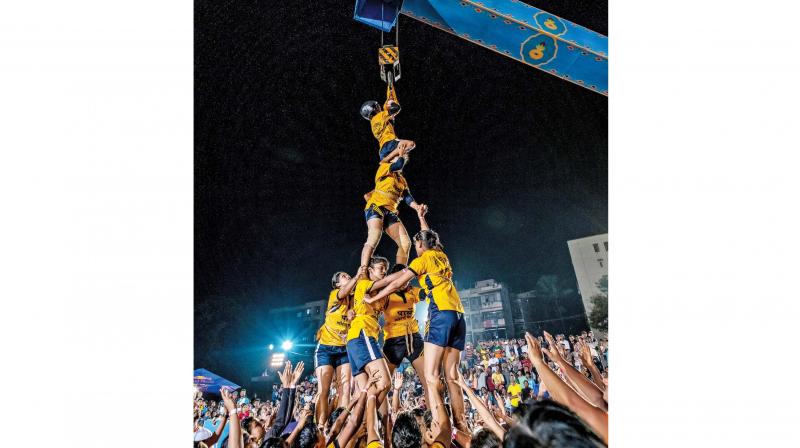 Every August, Mumbai celebrates the auspicious occasion of Janmashtami in its inimitable style with dahi handi competitions – an arena largely dominated by men. Until now. This year, women are joining in on the action and giving the men a run for their money.

Talking about the experience, Sonali, the captain of the winning team, says, “It was a fantastic, memorable experience for me, personally. There was a huge crowd waiting to watch us, and that made us proud.”

Sonali feels that women can be just as good as men if they’re given the opportunity to participate in more dahi handi competitions. “Today, parents willingly enrol their daughters in dahi handi tournaments. That’s a huge step forward,” she says.

Meanwhile, the Jogeshwari Mata Mahila Govinda Pathak team isn’t mourning its defeat. Instead, they’re celebrating the effort they put into the competition and the fact that they made it this far. “Such events help spread the message that girls are not lagging behind, be it in dahi handi, kabaddi or cricket,” says Harshali Rane, a member of the team.

She explains that a six-tier pyramid is not a feat achieved overnight. It takes weeks of practice and preparation. “For practice sessions, we use rope for support, to ensure that no one gets hurt. And the person breaking the handi wears a helmet,” Harshali says.

Maybe next year these women will set their targets even higher. We’d love to see them soar.