Find out what it is. 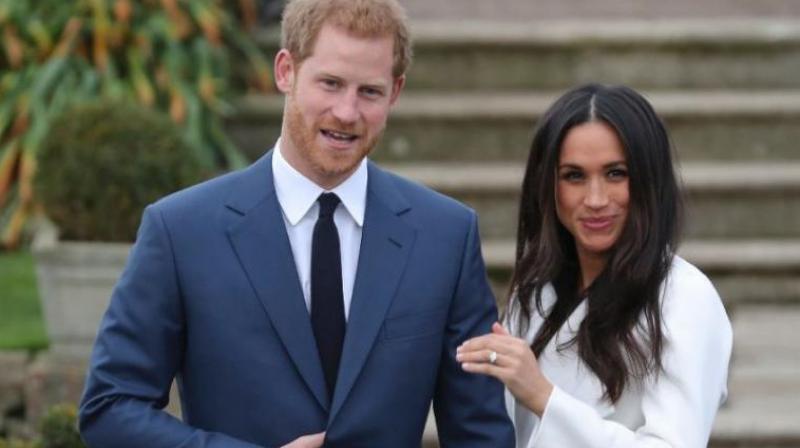 Washington DC: Prince Harry is popularly referred to as the Duke of Sussex, but Meghan Markle has come up with a cute nickname for her husband.

While attending the Hamilton charity performance recently at the Victoria Palace Theatre in London, Markle accidentally called her husband by the nickname and seemed quite embarrassed when people noticed it, reported E! Online.

As the royals posed for pictures with the show's cast, Meghan realized she was blocking her husband's view, and asked, "Can you see, my love?"

The nickname immediately caught the attention of the show's stars, and some of the actors broke out into an audible "Aww!" over the sweet moment between the couple, followed by a soft giggle from the Duchess of Sussex.

This wasn't the only special moment of the night. After the performance, Harry sang a few notes from the fan favourite "You'll Be Back", a tune performed by the actor playing his sixth great-grandfather King George III.

The show's creator, Lin-Manuel Miranda, who also joined Harry onstage and sat beside the royal couple during the musical, seemed especially excited about the musical surprise.

Meghan looked stunning in a Judith and Charles tuxedo mini dress, with matching pumps to complement the look.

The special event benefitted the organisation Sentebale, founded by Prince Harry and Prince Seeiso of Lesotho to help children and young people affected by HIV.