A cut above the rest

The game also has 10 high-action missions and allows gamers to engage in multiplayer interactions and dogfights. 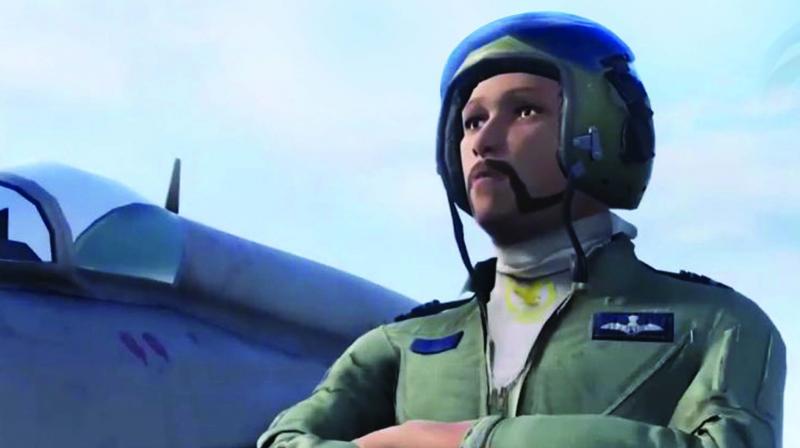 The newly released game that simulates how it is like to be a pilot in the Indian Air Force (IAF), ‘Indian Air Force: A Cut Above’, definitely keeps things real.  Not many associate the Indian Armed Forces with a ‘youth connect’; therefore, this seems to be a unique and favourable move in that direction.

Nowadays, games like Fortnite, Sniper 3D and Sniper Elite tend to simulate real-world wars and have a scenario mode to emulate any kind of war situation. That way, A Cut Above is no different except for the context and setting. People’s attention was immediately drawn to the game when the IAF tweeted from their official handle, “#MobileGame : Chairman Chiefs of Staff Committee & the Chief of the Air Staff Air Chief

The game, developed by Threye Interactive, is available on both iOS and Android devices and it has a variety of features such as single-player missions that are based on engaging narratives created using IAF assets. The game also has 10 high-action missions and allows gamers to engage in multiplayer interactions and dogfights.

Evidently, this is not the first combat-based ‘official’ game to mimic the functioning of a country’s army. Other examples include: Pakistan’s ‘The Glorious Resolve: Journey To Peace - Army Game’; The United States’ America’s Army; and Israel’s IAF: Israeli Air Force, a 1988 game that navigates across the 1967 Six-Day War and the Lebanon War.

Twitterati had a positive response to the game. One of the users tweeted, “Very good initiative by @IAF_MCC.” while another user pointed out, “It’s good initiative but improve game quality. You should have gone with the beta version.”

People who have tried their hands on the game also seem to agree. Gaming enthusiast Bharat Misra comments, “I really liked the interface, to be honest. It is really smooth, it runs well on my phone. I feel it is an entry-level simulation and I could play it for a good number of hours. In fact, I was quite hooked to it. The major drawback is, I think, the music, which is very reminiscent of elevator music. It is a big let down. I loved the way we could toggle camera angles. The cockpit is very detailed.”

Ambar, another gamer, adds a salient point, “The main focus of the game is realism. It is there to give us a perspective on what it’s like to be in the IAF. It is useful for anyone who wants to join the air force and get a feel for what it’s like to be there. Although there is a small consideration to be made here: the game might not emulate certain aspects due to concerns over security.”

Jaibeer Dugal, a game developer is, however, a bit more critical about the game. He says, “It seems like a team with few resources and with open-source availability did what they could to make a game that requires much more physics than it has.” He did point out a few bugs in the game, to which he says, “I understand the mathematics they used but it could deal with a bit more of physics.”

“It seems like an advertisement more than a game. And if they are trying to improve it, a better graphics team could do some good”, he feels.

While technology has certainly come a long way, with the virtual becoming the new reality, this game -- despite its flaws -- brings the action from the ground-zero incredibly close to a layperson (but, luckily, not too close).