India’s revered epics are filled with instances of atrocities against women, as several modern day authors are quick to point out. 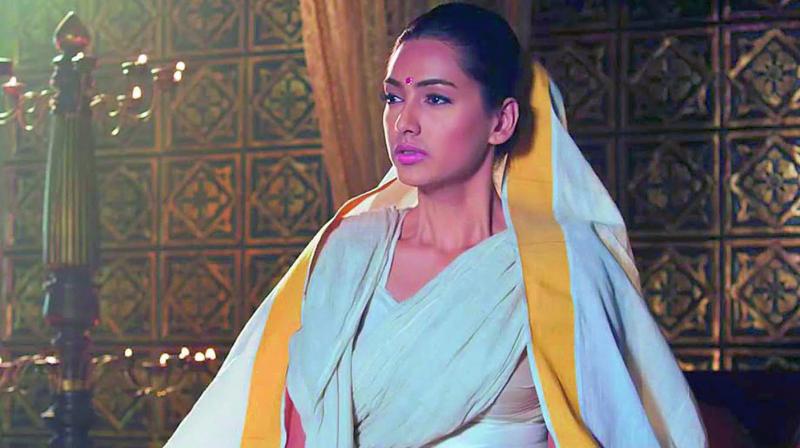 Over the last few years, India has gained a reputation for being ‘unsafe’ for women. As a knee-jerk reaction to this, we see politicians blaming ‘Western culture’ for the new cases of rape and domestic violence that emerge each day. But the irony is that this culture of misogyny is centuries old.

Examples of atrocities towards women can be found right from our epics. And sadly, these attitudes have been passed down the ages. Recently, well-known Sri Lankan filmmaker, Professor Sunil Ariyaratne made a movie on the life of princess Yashodhara, the wife of Prince Siddhartha, who later became Gautam Buddha. Though much has been written about the life of Buddha, very few people know what his wife went through after he left her and their newborn child, Rahul, in search of the ultimate truth.

“For a long time, mythology and the epics were only told by men — both orally and in the written form. So it’s not surprising that a lot of these tales put the women in the background. No one really cared what happened to Yashodhara once her husband left her. All that matters is that the prince eventually became the Buddha,” says famous author Meenakshi Reddy Madhavan, who is in the process of writing a book series on the women of Mahabharat.

Unfortunately, Yashodhara is not the only one. While Indians may revere Durga, Lakshmi and Saraswati as goddesses, there are many women in our ancient texts, who were not only misunderstood but also ill-treated and neglected. Starting from Mandodari to Kunti and Draupadi, every woman was a victim of some type of violence. Take for instance Sita, who followed her husband Ram when he was exiled to the forest. 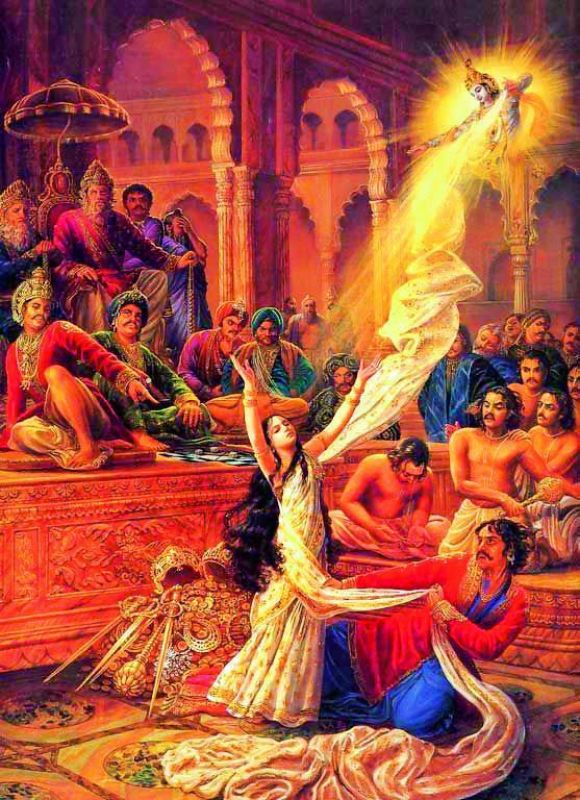 A painting depicting the chirharan of Draupadi that took place in the Hastinapur courtroom, in Mahabharat

What is outrageous is that she was abducted by Ravan and then asked to prove her chastity twice. Many also conveniently ignore the fact that Ram abandoned her while she was pregnant.

“Given their situation, every woman in the epics — be it Kunti or Draupadi (in the Mahabharat) or Sita, Urmila or Mandodari (in the Ramayan) — was spirited, who lived their usual lives with unusual courage and conviction,” explains author Kavita Kané, who has written the book Sita’s Sister.

The role of women in mythology has usually been either that of a helpless woman who needs a man’s help. or of a temptress who is there only to bring out the ‘inner strength’ of the man. Barring the occasional traits of strength, most tales typically revolve around men. Says Meenakshi, “Often, the only agency a woman had in a patriarchal society such as ours was her sexuality. And some of these women are recorded as using that to get to positions of power and privilege. Of course, they’re stories, but all stories have a basic toehold in something that once happened, no matter how long ago.” 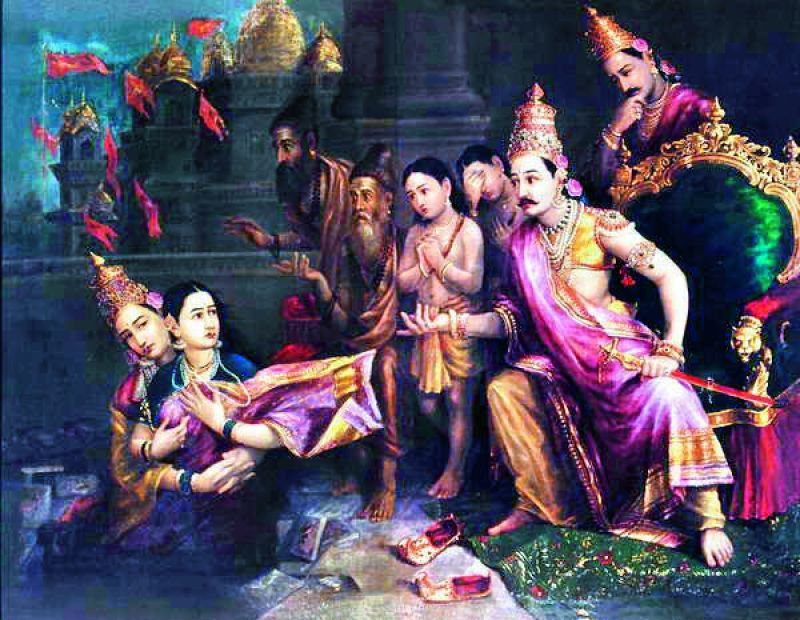 Draupadi is another mythological heroine who suffered a lot. Explaining about Draupadi’s life, novelist Chitra Banerjee Divakaruni, who wrote the book The Palace of Illusions (which is the story of Mahabharat from Draupadi’s point of view), says, “Draupadi was brought to Duryodhan’s court to be humiliated and disrobed in the open, with the entire Kuru clan present. Because she was unable to give up her longing for vengeance, she became a catalyst for the Great War in which she lost all her sons. She was indeed a very strong character.”

Author Amish Tripathi, however, has a completely different take on the subject. The writer, who has always portrayed his female characters as strong and independent, feels that misfortunes are a part of everyone’s life. “Our epics also tell the tale of men being ill-treated. King Dashrath is one of the biggest examples, where he was forced by his wife to ask his beloved son to leave the palace and go into exile.”

Further, Amish explains, “All our divine beings represent a different way of life, and each one has its own pros and cons. Gautam Buddha or Lord Ram represent a life of laws. Such a way of living is good for the society, but not for one’s family life. Thus, while they were good leaders, there were challenges in the personal realm. And that’s what we learn from their lives.”

The forgotten damsel
Recounting the sad episodes of a forgotten character from the Mahabharata, Utkarsh Patel (author of Shakuntala — The Woman Wronged), says, “Madhavi is one forgotten woman from Mahabharata, but her story is heart-wrenching.

“As per the story, Madhavi, the daughter of King Yayati, was blessed with the ability to bear only male children who were guaranteed to become conquerors. Her story begins when Galava offers to pay his guru, Vishwamitra, a gurudakshina, and the latter asks for 800 white horses with black ears. When Galava approaches Yayati for the horses, he hands over his daughter Madhavi instead. Galava exchanges Madhavi for 200 horses with three different kings and then hands her over to Vishwamitra along with 600 horses, who keeps her in lieu of the remaining 200 horses.

“After a year, Madhavi is sent back to King Yayati, after which she leaves the palace to lead the life of a celibate. At the end of the story, a woman gives up her life to uphold the ideals of a bankrupt king, a pauper of a disciple, lusty kings and a guru, who probably forgot to teach his students the most important lesson of not treating women like cattle,” narrates Utkarsh.

Jaya Misra, author, Kama: The Story of Kama Sutra
Since the epics have been written by men, they voice a  male’s perspective and the male gaze. Women were used as a dramatic agency by becoming catalysts for war. In the Ramayana, an entire country is wiped out because of Sita’s honour and the entire Mahabharata was fought because of Draupadi’s honour. One of the biggest dramatic agencies to employ in good storytelling is fighting for the virtue of a woman who has been wronged. If the female characters were prime protagonists in stories like Ramayana and Mahabharata, I’m sure everything would have been solved through dialogue or cold wars. There wouldn’t have been armies of monkeys going out to burn Lanka.

Shruthi Vishwanath, musician and composer
I think patriarchy exists in most of our systems and narratives. It has been the default state of being, and when our epics  and tales are authored by men, the male gaze naturally comes in a lot of these tales. And these tales are also reflective of the consequence of patriarchal systems. This also brings us to a fundamental debate-Does art influence society or is it the other way round? The violence in society was reflected in a lot of epics and tales. However, a lot of these stories have incredible tales of women fighting violence in their own ways of resistance, and that must be celebrated. Gandhari, Sita, Avvayyar, all of these women had agencies of their own. And their stories should be celebrated for the incredible path-breaking resilience they showed.