Have no regrets for being in jail: Shahidul Alam

In a candid conversation, acclaimed Bangladeshi photographer talks about his revolutionary journey, nuances of power politics and life in prison. 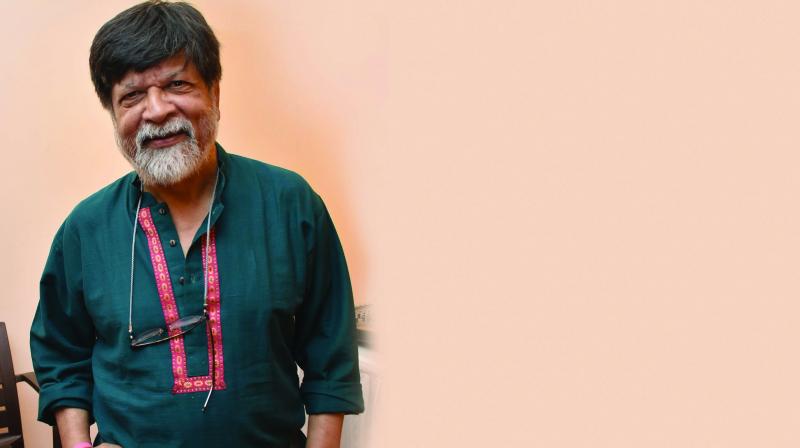 At around midnight on August 5, last year, the documentary photographer, Shahidul Alam, was picked up from his house in Dhaka and jailed by Bangladeshi authorities. Arrested for voicing out his support to the student-led protests that were demanding road and transportation safety in Bangladesh, Alam spent 100 odd days inside the prison. Outside the prison, the world was shocked. Within hours of his arrest, the news spread like a wild fire and protests came pouring from the activists, photographers, diplomats, students, and even UN human rights experts, criticising the systematic crackdown on Alam and, especially, on what he stood for — free speech. “If I wouldn’t have been vocal, I would have been lost today,” uttered Alam, demonstrating to us the undaunting courage of a man who had the might to go against his state.

The nurturer of photography in Bangladesh (as he is known), Alam has been chronicling the human-rights abuse and political upheaval in Bangladesh for over four decades now. The lensman, whose black and white images are a documentation of the South Asian country’s turbulent contemporary history, says, “My journey has been accelerating. Every morning I wake up with peace and pleasure the way I used to many years ago. Every opportunity is a learning experience, and I grasp it with open arm.”

Even after spending more than three months in prison, the activist, who was alleged to have made provocative and false comments against Sheikh Hasina, the Prime Minister of Bangladesh, stands tall, undeterred and unapologetic. “I am, by no means, a person who would be frightened for any reason. I am a privileged person. I know English, I am well connected and I travel. All these things make me more accessible and visible. When I was in jail there were so many people campaigning and writing for me on my behalf, so I know there is a place to speak,” confesses the social activist. 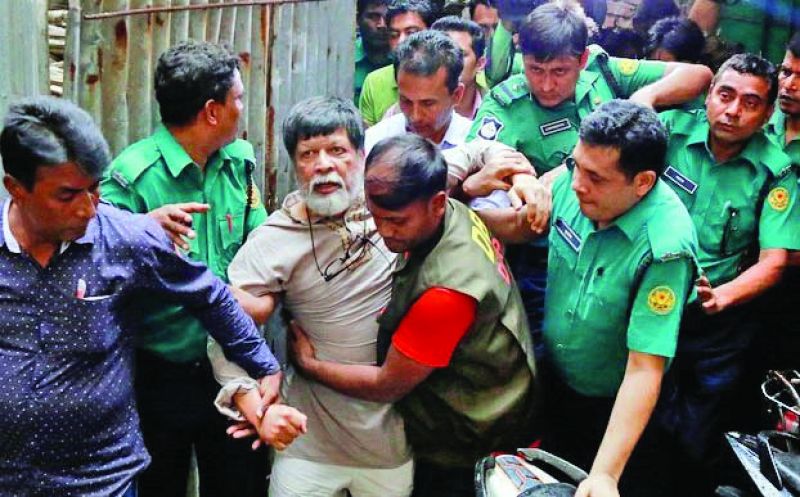 Shahidul Alam was arrested from his home in Dhaka

He also reminisces the time he spent with his fellow prisoners who treated him well. “I have no regrets for being in jail. It was a great learning. My fellow prisoners were tremendous. I was treated well by fellow prisoners to such an extent that they didn’t allow me to do anything. They would certainly not tolerate anyone misbehaving with me and didn’t let me spend a single penny. They always stood by me,” he recalls.

The photojournalist has been fighting for gay rights, and against racism and casteism through his photos even before the bug of photography bit him. It was his stay in London that inspired him to engage himself in the search of truth. “I spoke what I thought most appropriate and powerful to talk about, and my photography is my voice,” shares the social activist, and recalls the time when he, by chance, picked up the camera on the streets for his friend who never returned to collect it back. “I bought Nikon FM camera and a few lenses for my friend, and told him to take the camera when he have the money, he never came with money and I never returned. It was a chance,” he recollects. When asked about what inspires him, the exponent says. “I follow my instincts. As a photographer the art has gone through a high level of imagination. I observe people and things as a photographer and now is the time when I can smell the picture.”

While Bangladesh and India may share a border today, but the two countries are bonded by the collective history it shares. Talking about the India-Bangladesh relationships, the activist appreciates India’s role in the formation of Bangladesh. But a lot has gone down in the diplomatic history of the two countries. “India is like a big brother. India played a tremendous role to form Bangladesh and even after it formed. It was there when we needed it. I think India has forgotten that it has a far bigger role to play then what it is doing now. India has lost its ways and compassion to neighbourhood,” he expresses.

In the time when the world is experiencing a rise in conservatism, questioning the governments, in some instances, have lead to dire consequences. Alam, who became victim to a legislation in the Bangladeshi law book that is infamous for stifling free speech in the country, naturally, does not have much faith in laws to let him pursue his art. “I don’t think we need to rely upon laws and social norms. We need to create the environment of tolerance. At this moment, laws are made and preserved to repress. There are good laws but a few ways of implementation. So it is important that we question ourselves. Through art, we can do that because it has the ability to mobilise and engage people at an emotional level,” suggests the activist.

However, when asked if art should be questioned, he promptly agrees, “Yes it should be. Art needs to be questioned by everyone. What is not right is when art is being not questioned but suppressed. I would have no problem of solid genuine critic for my work,” concludes the artist.