The video was posted by a shark expert for Discovery channel from Mexico. 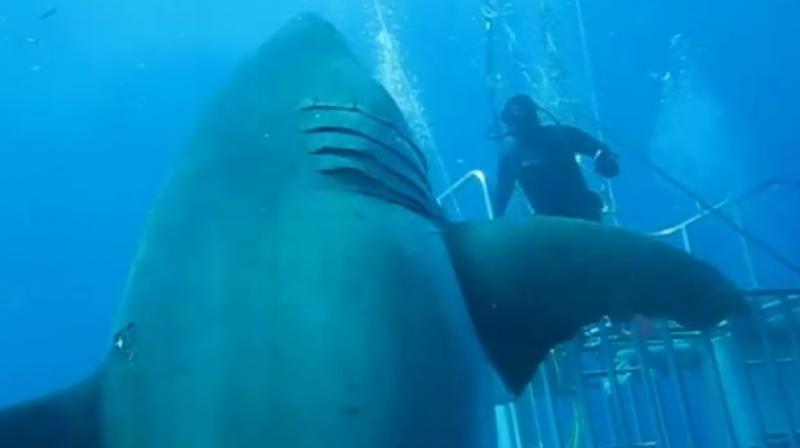 The footage has garnered millions of views (Photo: Facebook)

Sharks are one of the most feared creatures on the planet which have always been seen as one of the most ultimate killing machines in the ocean. Sharks are massive predators and their characteristics vary depending on several species.

In an astonishing footage from Mexico’s Guadalupe Island, a shark expert for Discovery Channel captured a 50-year-old shark which is said to be the biggest ever filmed as it is 20-feet-long.

Mauricio Hoyos Padilla posted a video showing the massive shark in front of a cage, as it has garnered millions of views on Facebook.