Off the beaten path

Ahead of World Bicycle Day, we speak to those who are going the extra mile to promote bicycle touring. 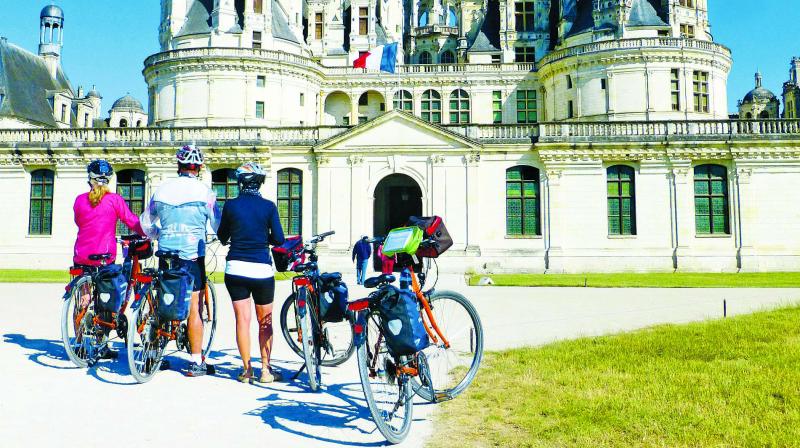 Imagine you’re in Bolzano, a quaint valley city close to the Austrian border and surrounded by mountains and vineyards. You hop onto your bicycle and cycle all the way to Venice in Italy over the next eight days. Your path will take you through the crystal clear waters of Lake Garda, onwards to Soave— a township in the Province of Verona famous for producing Soave white wine — towards the medieval charm-exuding Verona, and finally, to the city of canals, Venice. “You’re free to stop and take pictures or step into a café, enjoy a coffee or wine or sample some Italian cuisine and then, get on with your journey. We travel at about 15 to 20 kilometers per hour and about 50 to 60 kilometers per day, so it’s not hectic at all. You can explore places at leisure,” shares Aditya Bhide, director of Countryside Adventure Holidays, who organised his first cycling trip in 2017, and has since organised ones in The Baltic States, France and Switzerland.

Aditya is one of many cycling enthusiasts, who are championing a burgeoning form of bike tourism called bicycle touring. The endeavour can be roughly defined as a self-contained trip that could last for weeks, months or even years, usually undertaken solo, for the purposes of pleasure, adventure and autonomy rather than for fitness or sport. Ahead of World Bicycle Day, when cycling enthusiasts around the world will celebrate their favourite mode of transport, we speak to those among them who are going the extra mile to promote bicycle touring.

When asked what motivated him to explore the space, Aditya says that the idea to carry out such cycling trips across countries dawned on him when he was thrust with the responsibility of taking his father’s company to the next level. “I realised that there were more people opting for offbeat holidays. Also, cycling as a hobby as well as a market is booming. So, there was a market for it and in today’s India, money is not a problem,” he shares while adding that his purpose, as of now, is to educate people about bicycle touring. “My job is to tell people that these trips are not ‘events’, they’re holidays. Once people start looking at long distance cycling as a holiday and not as an event, you start thinking of the entire experience in a different way. There are no deadlines or time limits. You get to meet other cyclists and it’s a very immersive experience,” he enthuses. 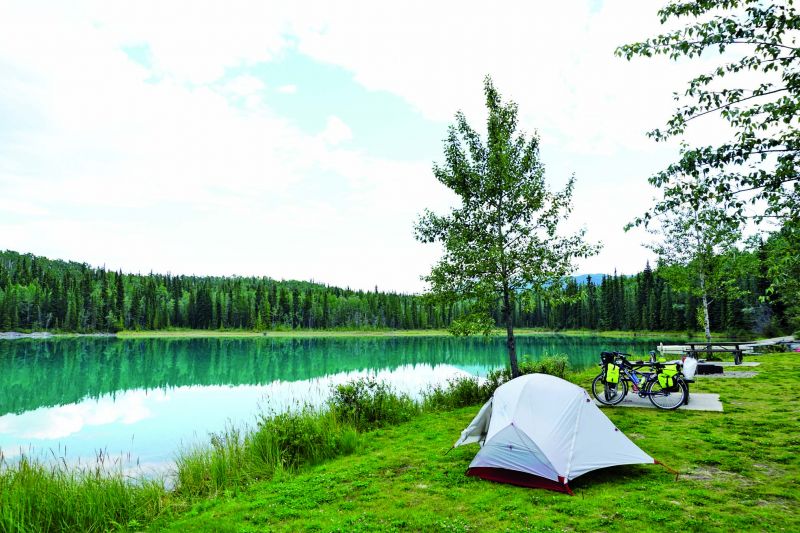 While those seasoned in bicycle touring would prefer calling the above, ‘lightweight touring’ or ‘supported touring’ — variations of bicycle touring — because of the presence of a support vehicle that tows most of your heavy luggage, there are those in the space who are fans of true blue bicycle touring, which means that they travel with their bag, baggage and gear, on their own over long distances. Dhruv Bogra, who quit his corporate job to go on a yearlong cycling tour from Alaska to Peru, covering a distance of 15,000 kilometers, is one such person. His trip ended in 2017 and his journey formed the basis of his book, Grit, Gravel and Gear, which was published in 2018. Since then, Dhruv has undertaken many more ‘micro-adventures’ throughout India on his cycle, but for him, the purpose of all these trips remains the same – to rediscover the meaning of autonomy and endurance. “On my trips, I’m on my own. From carrying heavy gear, to camping out in the open, to cooking my food, I do it on my own. The best part about bicycle touring is that you get to experience the world in a raw format, up, close and personal. Be it wildlife or cultures, you’re exploring them at close quarters. But for it to be true ‘bicycle touring’, you have to travel a considerable distance away from your place of residence, over a period of weeks or months,” shares the cyclist.

For 35-year-old Priyanka Dalal, bicycle touring is all about being on the road, all-alone and exploring uncharted territories.

The digital marketing professional remembers taking her first solo trip from Berlin to Copenhagen in 2015, her next ones were in Australia and Taiwan in 2016, and her most recent one in 2019 was from Chiang Mai to Bangkok and then to the Cambodian border. In the midst of these, she has gone on tours in India, mostly in the Himalayan region. The cycling enthusiast, who says that bicycling touring helps you get ‘closer to the ground and the elements’, says that hybrid cycles are perfect for these tours. “There are three types of cycles: road bikes, which have thin tires; mountain bikes, which have thick tires, and hybrid bikes, which have medium-sized tires. The last variety is perfect for bicycle touring because the tires are perfect for cycling on smooth to slightly bumpy surfaces and the absence of suspension improves speed,” she shares, and adds that she also always travels with panniers, which are huge bags that can be attached to the backrack on cycles and are perfect for carrying heavy gear, which includes a tent, sleeping bag, cycle spare parts, pumps and repairing equipment, and of course clothes and food. 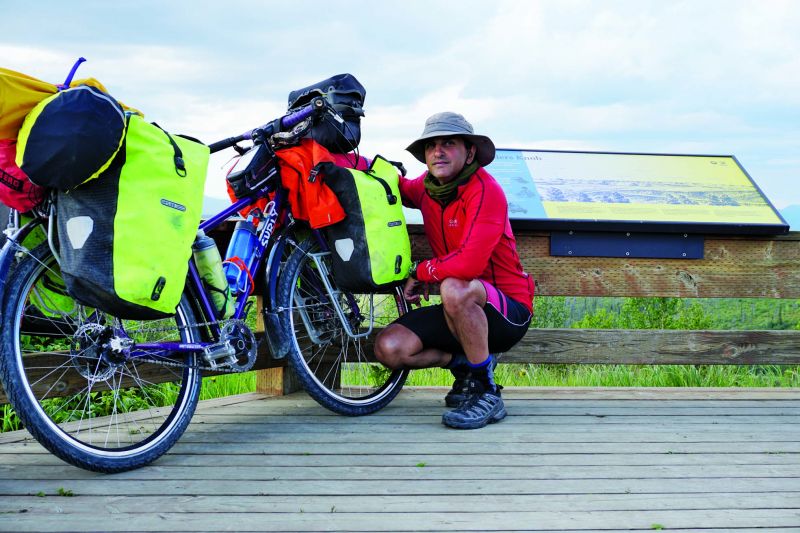 Bicycle touring enthusiast, Sachin Bhandary, who writes about his trips on the blog Eccentrips, took his first trip from Mumbai to Chiplun with his wife in 2018, and has since gone on cycling trips in Mexico and L.A. Sachin says that he is determined to spread the gospel of bicycle touring to all those interested. Talking about how he got acquainted with this form of traveling, he says, “My wife and I were looking for an active holiday, but didn’t have a large budget. So I suggested we try cycling and though initially reluctant, my wife agreed. We both had a great time and that’s when I realised that cycling, whether solo or with someone, is a lot of fun. While fitness is a bonus, it’s also a great way to explore countries.”

Sachin has decided to create a bicycle touring community, so that people can learn more about it and reach out for help from veterans when needed. His plan is to conduct monthly meetups, where veterans in the bicycle touring space will hold talks and his second meetup, which will be held on June 9, will focus on solo bicycle touring. Sachin is quite sure of the space his community will exist in and says, “There’s already an existing segment of endurance cycling, where the purpose is to test your fitness and people strive to cover a high number of kilometers in short intervals. But, bicycle touring isn’t about the number of kilometers covered. It’s about enjoying every minute of every place while cycling; it’s about going to corners of the earth you never imagined going to on a cycle; that’s the ethos of bicycle touring and it really is for everyone.”