No party for loyalists?

The high-profile exit of decade-old Congress spokesperson Priyanka Chaturvedi is just one instance of the gross injustices within the party. 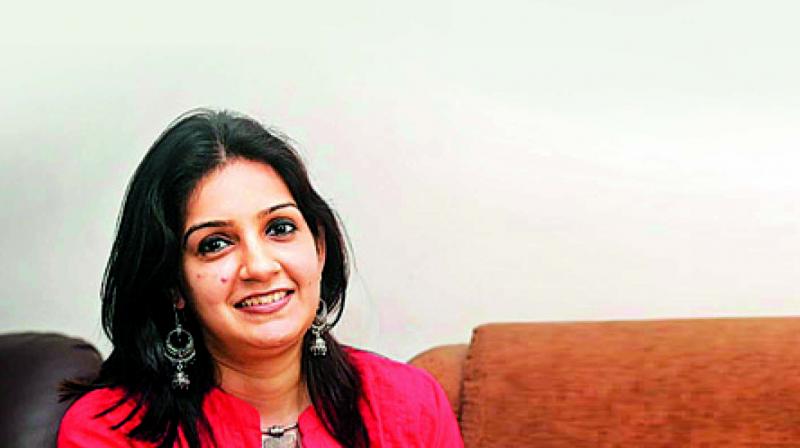 The spokesperson of the Congress party for nearly ten years, who fiercely defended her party, its people and policies on primetime debates across TV channels, Priyanka Chaturvedi had over a period of time gathered quite a sizeable fan following too. And though she stood with her party through good, bad and terrible times, she was never rewarded with either a Lok Sabha or an Assembly ticket. And a novice like actor Urmila Matondkar was chosen over her!

Understandably, Priyanka’s exit from the Congress was on a bitter note. In her resignation letter to Congress chief Rahul Gandhi, she wrote: “What saddens me is that despite the safety, dignity and empowerment of women being promoted by the party… and your call to action, the same is not reflected in the action of some members of the party. A serious incident and misbehaviour by certain party members while I was on official duty for the party has been ignored under the guise of all hands needed for the elections.”

“Congress is a closed chapter for me now.  says Priyanka Chaturvedi, who first served as General Secretary of the Youth Congress from North-West Mumbai, and was later elevated to the post of AICC Spokesperson. “It’s about walking the talk on issues of self respect, honour, women’s participation and giving them roles of leadership. I felt in Shiv Sena I’d be able to significantly contribute to my city and state and on issues I feel closest to,” she says.

Sadly, Priyanka Chaturvedi is not the only woman in the Congress who has been sidelined by the party. Former Congress minister and MLA Sabita Indra Reddy, who joined TRS recently, alleged that injustice was done to her family in allotting party tickets. Even senior Congress leader and former minister D. K. Aruna, who was one of the strongest Congress leaders from Gadwal, met with the same fate, prompting her to join the BJP.

Senior Congress leaders like Margaret Alva and Jayanti Natrajan too, who served as central ministers, are nowhere in the picture now.

Take the case of actress-turned-politician Divya Spandana, who shot into the limelight as the youngest Parliamentarian of the nation when she won the by-election as a Congress candidate in 2013, and was widely credited with turning around the Congress’ social media presence. Despite becoming an overnight sensation and doing some good work for her party, she too has now gone silent. Agreed she went a bit overboard with her anti-Modi stance, but she could have been corrected. With her out of action, the Congress Party’s social media presence too took a backseat!

“Politics is definitely prejudiced against women, there is no doubt. A lot of times we do deserve to be there but it becomes a matter of wait and watch. Gender discrimination exists,” admits Congress politician Renuka Chowdhury, who is one of the lucky few women who are given their due in the party.

Not just women, even men in the Congress party feel they have been overlooked. Once a key aide of UPA chairperson Sonia Gandhi, Tom Vadakkan quit the Congress and joined the BJP. In his statement, he said: “I gave the party 20 years of my life but it has now resorted to a practice of ‘use and throw’. I gave my prime of life to the Congress. But dynastic politics is now at its zenith...”

Senior leader and former MLC Ponguleti Sudhakar Reddy, who also resigned from the Congress and joined the BJP, says, “There is no clear agenda in the Congress. It’s all a personal agenda. Even after giving our sweat and blood to the party for 40 years, the kind of humiliation we get is beyond anyone’s imagination. Crores of rupees are sought for allocation of tickets and given to someone who has not even been associated with the party. The traditions and values of Congress party have changed contrary to its principles, there are a lot of middlemen involved and there is no guarantee that our voices will even reach the High Command.”

Evidently, many feel that Sonia Gandhi and her two children Rahul and Priyanka Gandhi are the only privileged ones in the grand old party.

Says politician and media personality Pritish Nandy, “The treatment of women in politics has always been poor in almost all parties, not just the Congress. The Gandhis are luckily insulated from prejudices and that is why the women folk from that family have reached the highest echelons of politics. In Priyanka's (Chaturvedi) case it was really very sad to see her leaving the party after giving it so many years of her life. I hope she gets a better deal in the Sena and is happy there. She will be an asset to any party she works with.”