Shaison P. Ouseph has been at gunpoint while shooting documentaries. 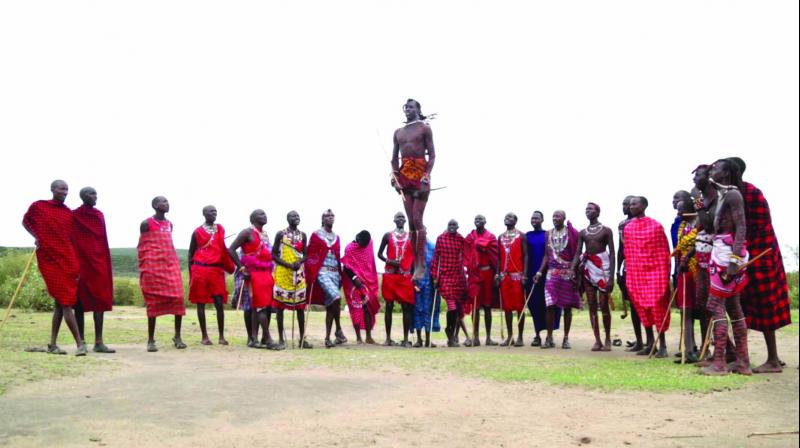 A still from The Jump

Once, at an Ethiopian village, a young man was roaming around with a camera, shooting the huts and the smiling faces of the kids. Suddenly, a dusty jeep arrived on the scene and armed militia jumped out, pointing guns at his head. Recalling that frightening day, Shaison P. Ouseph lets out a nervous chuckle.

“They started shouting at me and pushed me with the barrel. Neither of us knew the other one’s language. They held me at gunpoint for hours till a gangster went over to the city, made enquiries and brought back a friend who took me home,” says this Chalakudy native, who can share several such instances he came across along his journey of making documentaries for the past 15 years.

Shaison travels around the world capturing sights not many dare to or think of documenting; he calls it a public service campaign. An assistant professor at Xavier Institute of Communications, Mumbai, Shaison has made nearly 40 documentaries on various subjects ranging from child sexual exploitation, literacy, rare customs, hidden lives, women empowerment, health issues and education system, covering over 20 countries.

Ask when and how it all began, he says, “I have been making documentaries since 2005. Back then, I used to travel a lot and happened to come across the child prostitution rackets in the northeast. That was my first work. Then happened the one on the domestic workers in Mumbai and another one on street children.”

An award at an international photography contest earned him contacts and slowly, he widened his realm by travelling to many countries and shooting what caught his eye. At Denmark, he worked on the side effects of cancer treatment, whereas in Sweden, he documented the local folk culture. At France, he came across people practising a secluded lifestyle, away from technology and rest of the world, living off raw food. In Kenya, he made Rescue on a woman named Christine, a former sex worker, who rehabilitated kids from prostitution rings. At Puerto Rico, he, and Dr Serena Anderlini collaborated for Playa Azul: I Love You made on the theme of ecosexuality, where people get married to trees and live in harmony with nature. Shaison has also made documentaries on the Bali Spirit Festival, migrant issues in Australia and a mystic healer in the US.

“Each work has been a great learning experience for me, both as a person and a documentary filmmaker. I have come across many strange lives and practices I haven’t even heard about, like the headhunting Naga tribes. Ages ago, people used to kill men from other tribes, collect and display their heads as part of proving their masculinity. Many in the current generation keep the skulls, though the practice no longer exists,” he says, adding that the journeys had their own share of risks too.

“Once, at the New York Central Park, I was filming a beggar sleeping on the footpath when he suddenly woke up and pulled out a gun and shot at the sky. It all happened so suddenly that I just froze. After that, I always make it a point to ask permission,” recalls Shaison, who lives in Mumbai with his wife Bindu and two kids.

His next is a Malayalam-Hindi bilingual feature film on Sister Rani Maria. Also in the pipeline are two documentaries — on the kids of Thailand and the spiritual life of Las Vegas.

Carrying on his mission, Shaison says, “There is a lot more the world is yet to know. I want to take to the world those real stories that need to be heard.”