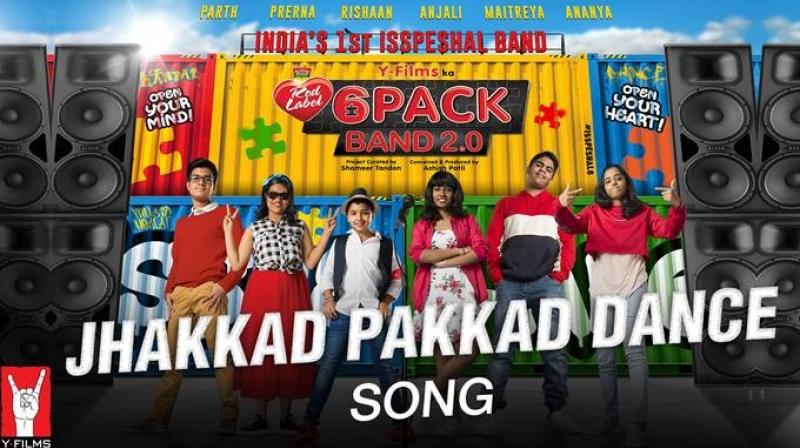 A continuation of the globally recognised campaign, this ‘issphesal’ band is all set to break barriers and make the world a better place with its first single, titled ‘Jhakkad Pakkad Dance’.

The foot-tapping number was unveiled yesterday by India’s beloved producer-director Karan Johar along with the six band members.

Conceived and produced by Ashish Patil, Head of Y-Films and curated by composer Shameer Tandon, the band hopes to break social barriers and pave the way for an inclusive society, sparking conversation during the ongoing World Autism Month.

The title track will be followed by a launch of six songs as a part of the ‘issphesal’ album, over a period of six months, to bring forward inspiring stories of the six talent powerhouses.

He further adds, "A delightful way of doing this has been our partnership with YRF. Encouraged by the overwhelmingly positive response that India’s first transgender band received, we are back with India’s most special band. We hope that our talented band members receive similar love this time around as well.”

Karan Johar adds, “It’s so wonderful to see these young, super talented kids come together to create something so epic. I’m excited to be a part of something, I know, will not only change you and me but also has the power to change the world. I can’t wait to see what these kids do next as they are sure to conquer the world with their talent!”

Head of Y-Films, Ashish Patil adds, “Y-Films has always created content that does more than just entertain. Be it for gender equality, LGBTQ support or Sex Education, we’ve been at the forefront in getting these important messages across in the most interesting manner. Being a special needs parent myself, the theme of mental health & disability is very very close to my heart."

He concludes, "With Brooke Bond 6-Pack Band second edition, we really hope to show everyone how these kids are the missing puzzle pieces this world needs to complete itself!”

You can see the video here.