The effort applied on this cycle is also less compared to a normal bicycle, reveals team leader Ronak Saraf. 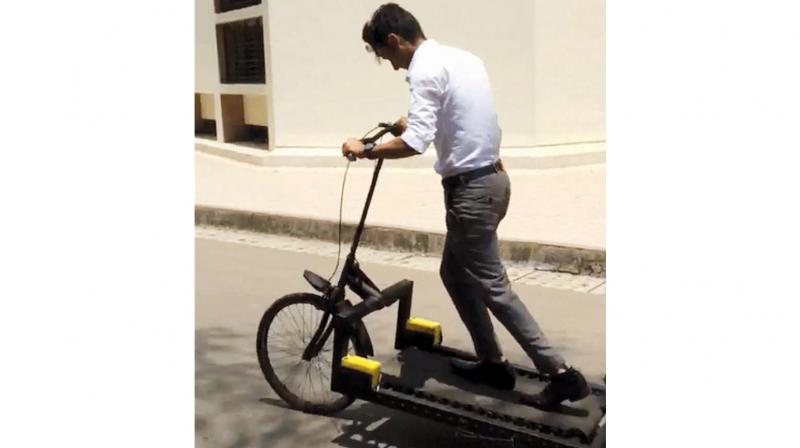 Students from K.J. Somaiya Polytechnic have created a fitter mode of transport — a combination of a treadmill and a cycle.

How many times have you wondered, while slogging in a gym, if you could just take the treadmill outside and exercise on the go? The students at K.J.Somaiya Polytechnic certainly thought so for a long time, to have come up with their latest innovation — Treadicle — a combination of a cycle and a treadmill. All one has to do is walk on the treadmill as it moves forward.  Created by three young engineering students, the Treadicle is their solution to an eco-friendly and healthier mode of commute. 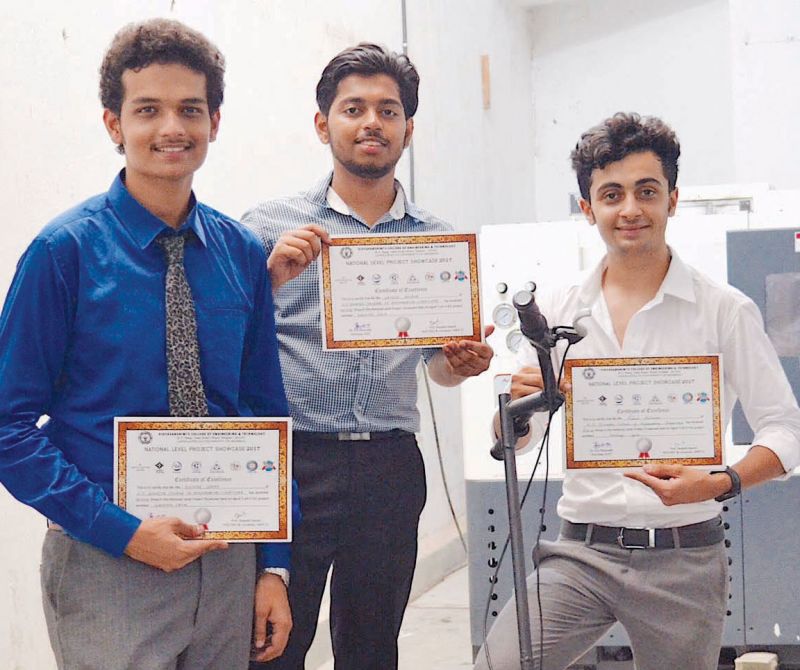 The effort applied on this cycle is also less compared to a normal bicycle, reveals team leader Ronak Saraf. “Our cycle moves faster with less amount of energy. The average speed on a cycle is 13 km per hour. With Treadicle, one can move at a speed of 20 km per hour with the same amount of energy.” What if someone gets tired? “If you are tired walking on the cycle, you can switch to an electronic motor mode and it converts into a bike. Then you just have to accelerate and it moves forward,” Ronak explains.

The team completed the project in 45 days with Rs 20,000. “The prototype in its present stage weighs 60 kg because it is made of mild steel. We plan to modify the model and use materials which will reduce the weight in the next model,” he says.

The boys have tested their innovation on the crowded streets of Mumbai and been greeted by curious glances and requests. “When we took it out on the streets, people were inquisitive and wanted to know where they could buy it from.” Also, “Since it falls under 50km per hour bracket, it does not require a licence,” says Rahul Balsara, another member from the team, reminding us of its big positive point.

But it wasn’t a smooth ride all along — figuratively. “We had to make sure that the inclination of the ramp is such that it doesn’t hurt the back. When we designed it initially, it wasn’t successful and our backs hurt. We then finalised the arch at 12 degrees and it worked perfectly,” Ronak reveals.

Modifications for the next prototype are already in the loop. “We now plan to fit a solar panel which will help us generate electricity to charge our phones. We also want to fit our phones on the cycle so that it can monitor the kilometres travelled,” Ronak says.

The boys have applied for a patent and plan to sell the Treadcile at Rs 25,000.