The art of fun-tastic yoga

City-based groups and instructors are coming up with innovative new forms of yoga, giving it a whole new appeal. 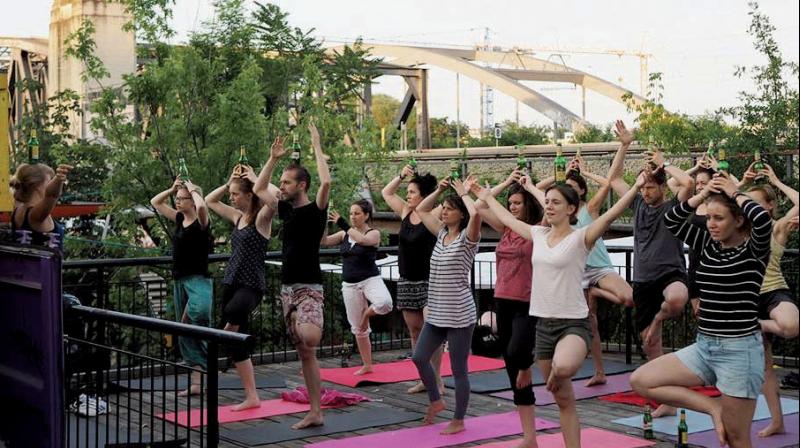 Imagine holding a downward dog yoga pose with a cat winding around your legs, or sitting in lotus position with a bottle of beer balanced on your knee. Yoga may be an integral part of Indian culture since ancient times, with its origins dating back to pre-Vedic era, but a few city-based groups have decided to give it a unique spin.

Take Cat Café Studio, for instance, which is starting a course in mew-ga, or yoga with cats. Beer yoga, which has been quite popular in Germany, is also about to make its way to India. And for those singers, and musicians, who are plagued with sore throats and backaches from long hours of practice with heavy instruments, city-based yoga instructor Mandar Marathe hosts yoga classes specially curated for musicians.

Yashmi Adani from Cat Café Studio says that mew-ga was initially just a fun endeavour that became a practice. “When Priti Jhavar, who conducted our two workshops, came and told me about the concept for yoga with cats, I thought why not give it a try? I had no clue that it would be so popular. We were completely booked within days! Now, we’ve decided to introduce a monthly course, starting in April, with ten students and a provision for four walk-ins each session,” she elaborates. 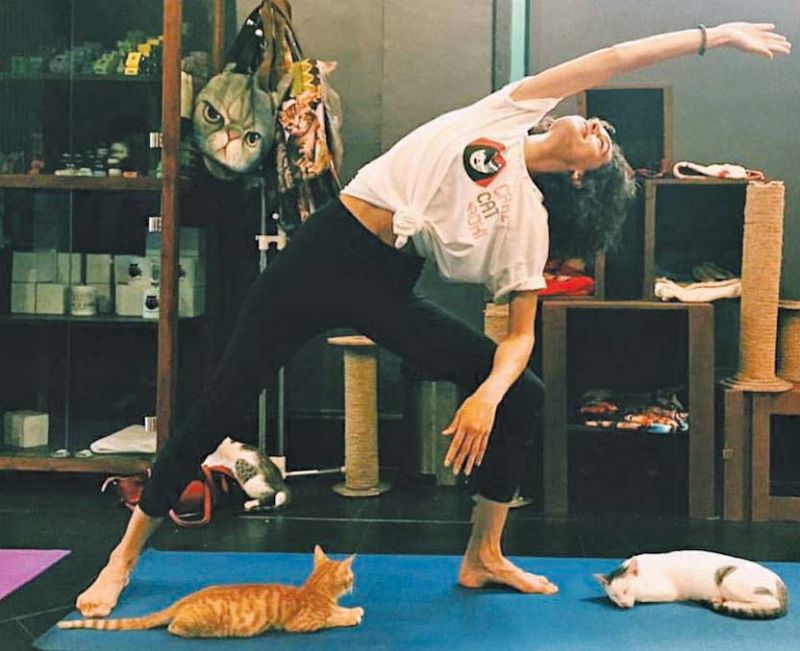 The concept of cat yoga comes from the fact that cats have a relaxing presence. Since the ultimate objective of yoga is also to relax, it seemed like the perfect solution to merge the two.

However, the two workshops were not without their own set of obstacles. “During our first class, we realised that the cats were too excitable. They are not used to being up and about so early, and they were jumping around and running everywhere. Thankfully, the people there were all cat lovers, so they didn’t mind,” says Yashmi, adding that they ensured that the cats were calm for the second session.

Though Mandar’s yoga for musicians is much more specialised than mew-ga, the ultimate objective is to attain a state of calm. Himself a sitar player, the yoga instructor has come up with a course, which will help musicians, and vocalists both relax their minds and do away with any side-effects of their trade. “Music and yoga have been intricately related since the beginning of time. Yogis have used music to meditate, in a form of yoga called Naadyoga. On the other hand, yoga helps counter a number of problems that musicians or singers may have. For singers, there are exercises, which help to enhance breathing and maintain vocal chords. Musicians with heavy instruments often have chronic lower-back pain, slipped disc and spondylosis and yoga can help there too,” says Mandar, adding that a special selection of mudras and movements help to counter these problems.

“Another integral part of music is the creative process, and meditation helps to enhance this process,” he adds.

Joy Singh, owner of Raasta, on the other hand, believes that what yoga needs is a bit of fun. This is why Joy arranged for a beer yoga workshop to be held at the branch in Delhi. “Beer yoga is not about getting drunk. You simply do an entire series of asanas and movements with one bottle of beer. It is just about having some fun with yoga,” says Joy, adding, “The exercises mostly comprises a number of beginner level balancing asanas with the beer bottle.” He also promises that a workshop of a similar nature is in the pipeline for Mumbai as well. And even though a date is yet to be fixed, the funky form of yoga is here to stay.