Enigma: Jane Austen and the poison that was England

The cause of Jane Auten’s death has never really been established. 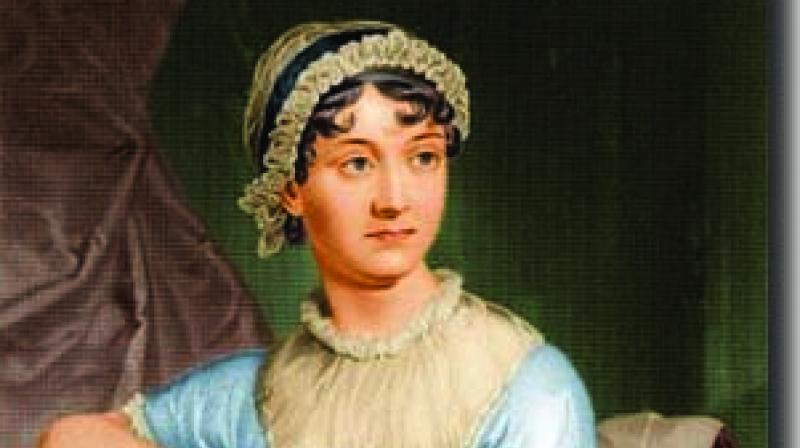 Jane Austen died young, at the age of 41. The end was painful and she spent the later part of her career complaining of constant vomiting, fever, aches and other ailments. The cause of death has never really been established and experts have added stomach cancer, Brill-Zinsser’s disease, Hodgkin’s lymphoma and Addison’s disease to the list of growing suspects. But a theory published last month adds a fresh twist. What if there was an insidious element coursing through her veins? What if it was gradual poisoning — arsenic from a tainted water supply? Did tap water bring to close one of the most celebrated writers of all time?

Born in Stevenson, Hampshire, on December 16, 1775, Austen completed six novels which offered endearing vignettes of landed gentry in provincial England. She died on July 18, 1817. But scholars argue that the secrecy around the nature of her illness, coupled with her young age, arouses suspicion. In The Mysterious Death of Jane Austen (2011), English crime fiction writer Lindsay Ashford stretches this suspicion into a classic “whodunit” plot and argues that she may have been poisoned with arsenic.

Although arsenic poisoning could have resulted from Fowler’s solution, a commonly prescribed 19th Century medicine, Ashford investigates Austen’s filial ties to establish a possible murder motif. But in early 19th Century England, was there anything odd about death at 41? Not really! Considering that life expectancy at the time was pegged at 40, statistically speaking, she had outlived her average contemporaries by a year.

For Austen though, clues indicating poisoning come from... her spectacles. According to the article published on the British Libary’s website, in 1999, the writer’s great-great-great-niece Joan Austen-Leigh donated a desk that belonged to Austen. The library then discovered three pairs of glasses in the desk — the lenses were convex. Experts painted the picture of a person suffering from a slow collapse of vital organs.

Victorian England was also a dangerous place to live in. Arsenic was found in wine, water, stuffed animals, coal and candles. It was also found in wallpaper, of a particular much-loved green.

Austen was part of this toxic world. She wrote of skin discolouration (“black & white & every wrong colour”) and lesions are one of the earliest indicators of arsenic in the blood. And in death, Austen left us with years of intrigue and investigations. The British Library admits the arsenic link remains a theory. And it’s unlikely that we will have definite evidence within the next few years. But the romance continues.

The flourishing “Austen-industry” is propelled by scores of biographies, sequels like P.D. James Death Comes to Pemberley (2011), the numerous cinematic and television adaptations and at times, by pop commodities such as “Jane Austen murder mystery dinner party games” sold on ebay for $19.99. Her enduring presence in the everydayness of the Anglophonic world can be measured from titles such as The Bedside, Bathtub and Armchair Companion to Jane Austen (2008) and The Jane Austen Book Club (2004).

Regardless of Ashford’s forensic accuracy or its capacity to revolutionise scholarship, her book accredits the belief that cultural icons defy mortality. An ebullient Ashford told a newspaper that “I have this knowledge, which most Austen academics wouldn’t.” Well, good for her.