For those who are new to dating world, daygaming is something to mull over. 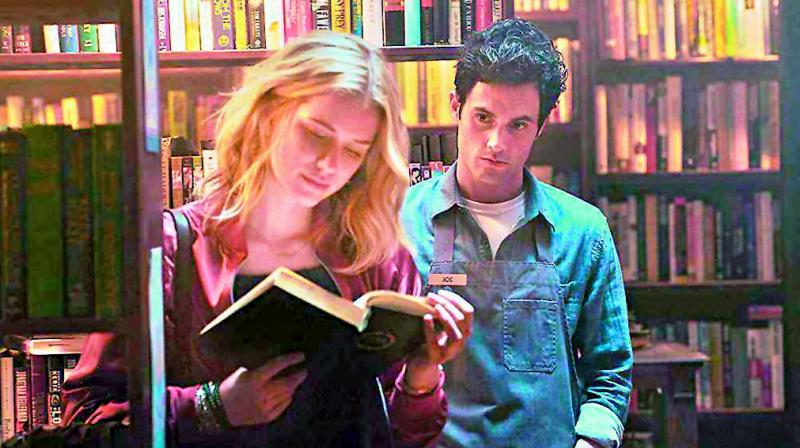 A still from YOU on Netflix

In an article, Sara Macauley, a writer and journalist, describes a kind of dating as a game which is played by men all over the world, not at night but in the morning or the afternoon, without the cover of darkness. She talks about how an online search on the term ‘daygame’ brings up a worrying number of explicit messages from those partaking in the game as they share blogs and threads to discuss their ‘lays’ and how they’ve increased their number of sexual partners using tips and tricks learned from one another.

For those who are new to dating world, daygaming is something to mull over. For one, it is taking the world by storm — it is surely getting popular among men keen on meeting attractive women.

The plot of the 2005-Hollywood hit Hitch seems similar to the idea of daygaming. In the film, average-looking men undergo boot camps and coaching sessions to win the hearts of the women of their dreams. Considering that the plot were true of the Western societies, the concept of ‘getting’ women with pre-planned gimmicks in India could look plainly creepy while even encouraging stalking.

We are like this only
Interestingly, however, daygaming probably began with the launch of the Daygame website, which describes itself as, “the art of meeting and attracting amazing women without going to nightclubs.” The founders of the website also claim to share techniques that can “attract the most beautiful women, despite not being a great looking guy.”

While the idea of randomly meeting a stranger and then potentially falling in love has especially been popularised in the Indian cinema, Saumya Sharma, a relationship expert, believes that it is important to look at what it translates into in real life.

“Who are the kind of people who are approaching women and asking for a date? Are these also the ones the women want to meet? Secondly, how are men doing it, and, more importantly, what is their intention?” asks Saumya. “The method of meeting the person is secondary. Women in India are safety-conscious and prefer to interact with someone before meeting them in person to gauge their intent.”

No judging please
Strangely, though, single women and men we spoke to seemed to have very different opinions on the daygaming scenario in India. For Malvika K. Singh, a publicist and image manager, the idea to approach women without any warning is ‘creepy’. Period.

“Even while growing up, if someone sent flowers, chocolates or even a mixed tape, I would find it a bit strange,” Malvika shares with us. “While it is flattering and does give you a kick of sorts, when you look at the bigger picture, it’s weird that someone knows your details. It’s the same thing with daygame. I need to know the background of the person before I engage with them.”

DJ and music producer Sarab Singh also offers a rather interesting perspective. For starters, he finds the concept of daygaming and its potential in India quite questionable.
“Keeping in mind the over-confident quote in the Hollywood blockbuster Hitch, ‘No woman wakes up thinking, gosh I hope I don’t get swept off my feet today’, men need to stop trying so hard and have to stop chasing women. The imbalanced male to female ratio on dating apps makes it difficult for most men to get a good match,” says Sarab. “I think men should start putting the same effort into becoming more attractive and get women to chase them. Because, hey, feminism and all that,” he adds with a chuckle.

A sensitive approach
One of the prominent questions about daygaming is whether the concept makes it easier to screen singles given that men and women are already on dating apps.

How important is security concern while meeting strangers online or offline? Priti Joshi, VP of strategy at Bumble, an app for ‘dating, friend-finding, and networking’, reveals some important app features that could help women to weed off unwanted men while being on a dating app.

“We’ve observed that people in India are actively looking for relationships online. To ensure women’s safety, we specially developed a feature where only the first initial of a woman’s name would show on her profile. When she is ready to share her full name with connections, she can, but until then, her identity is protected. This helps ensure that she can’t be found on other platforms by people she doesn’t want to connect with,” she tells us. “The ‘Video Chat and Voice Calls’ feature in the app is also a way to interact without exchanging any personal information. And, the Private Detector’ feature automatically blurs lewd images and alerts the user.”

All said and done, it remains a fact that most singles in India are hesitant to make the first move, whether online or offline, and needs confidence to break the ice.

Life coach and communication expert Triansha Tandan shares some advice for those who would like to get those basics right. “A relationship, whether short-or- long-term, has to start from a place of authenticity. So it’s important to check your intent and be able to state it honestly. Respect and care for the other person’s
sentiments a well as your own. More importantly, men need to handle rejections sensitively. As power dynamics are so skewed in our society, it can be quite unnerving for women to be approached in such a manner, so men need to be patient,” says Triansha.

Advising women, Triansha asks them to remember that they have a choice (and hopefully, pepper spray). “So say yes or no unhesitatingly. No one has to do anything to be ‘cool’ or fit in. Whatever questions you have, ask them upfront and boldly, even if you agree to just a chat, coffee or drink,” asserts Triansha as she
signs out.