An Ode to Sitar Maestro 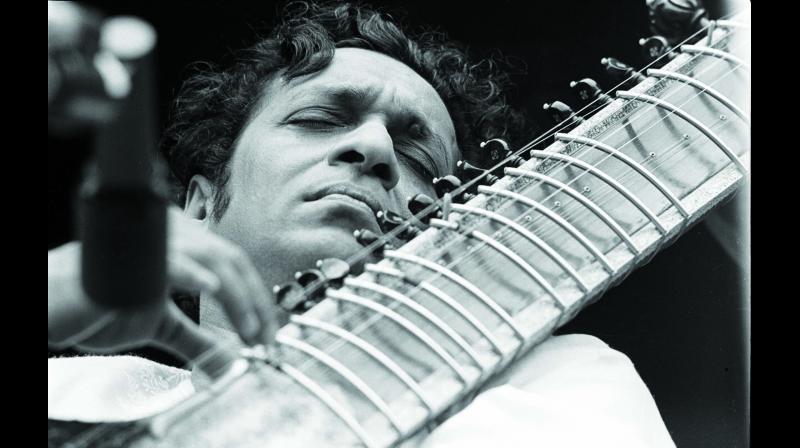 For more than 80 years, Shankar performed, taught, composed, and toured for the world stage.

Celebrating the life of a renowned sitar maestro Pandit Ravi Shankar, the Indian Music Experience (IME) Museum, Bangalore is bringing music aficionados and audiences closer to one of the greatest Indian Classical musicians through a centennial exhibition Ravi Shankar @100: India’s Global Musician. The exhibition, which will be curated with the support of the Ravi Shankar Foundation, will feature his musical instruments, costumes, and photographs along with listening stations and interactives, supported by interpretive graphic panels that chronicle the life and work of the celebrated artiste.

In awe of the subject of the exhibition, the Museum Director, Manasi Prasad, says, “Shankar was truly an international artist who at the same time was firmly rooted in the Hindustani music tradition. We hope that our interpretation of his life will inspire people to engage more deeply with Indian Classical music.” Elaborating further Prasad says that the exhibition aims to further the interest of people in Indian Classical music. “This exhibition furthers our museum’s commitment to deepening the understanding and appreciation of Indian music among young people,” she confirms.

For more than 80 years, Shankar performed, taught, composed, and toured for the world stage. It was through this tireless dedication that he sought to bring the beautiful art and language of Indian Classical music to the world and to promote peace through music, education, and performance.

For the maestro’s wife Sukanya Shankar, who is also the President of the Ravi Shankar Foundation, this exhibition will reveal to the world how dedicated  her husband, who breathed his last in 2012, was towards his craft.“Ravi Shankar, the peerless musician, put Indian music and our culture on the global map. Achieving that in a non-digital era is no small feat.  His music continues to enthrall, inspire and touch hearts. He was on stage for all the ten decades of his life, performing his last concert just weeks before he left his physical abode. He dedicated his life to peace through music and left a great legacy in both his daughters and disciples. It is heartening to know that IME will be giving a glimpse into his amazing life and showcasing some collections for people to enjoy,” she said.

The Ravi Shankar Foundation has been working towards preserving the maestro’s legacy for some years now. Its objectives are three-fold: educational initiatives to increase awareness of Indian Classical music and the Gurukul system of learning; preservation efforts to archive and preserve the vast works of Ravi Shankar; and a dedication to East-West world music collaboration projects, to support core artistic creativity and freedom.

The exhibition is getting inaugurated on March 7 in Bangalore and will be followed by a concert by Ravi Shankar’s disciple and Grammy award winner Vishwa Mohan Bhatt on the Mohan-Veena and Tabla maestro Bickram Ghosh. While the former is Padma Bhushan and Padma Shri awardee, the latter has worked with the popular music band Beatles and its member George Harrison.  Moreover, the exhibition will be on display at the IME for three months, following which it will tour other cities in India.