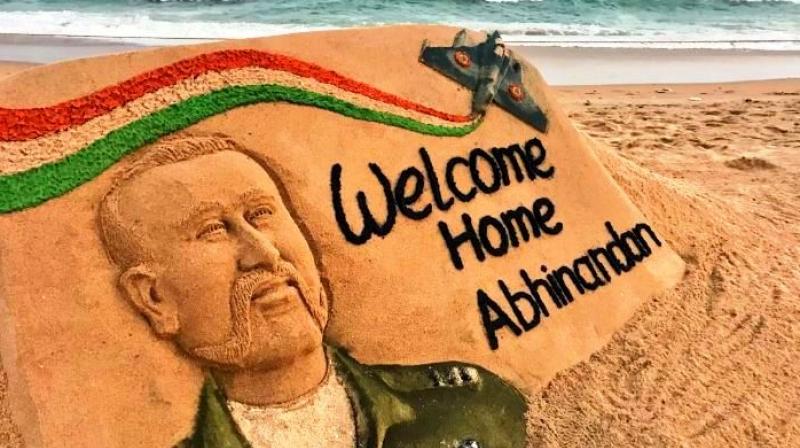 The Padma Shri awardee and internationally recognised sand artist created a mesmerising work of sand art to welcome Abhinandan back home. In a photograph shared on Twitter by Sudarsan, an image of Abhinandan can be seen carved out on sand with the words "Welcome Home Abhinandan" written beside it. A flying fighter jet was also present in the art piece.

He captioned the photo "#WelcomeHomeAbhinandan – My sand art to welcome our brave Hero at Puri beach #Odisha." Talking to ANI, the renowned sand artist said, "We welcome Abhinandan with our sand art. It took me and my students’ two tonnes of sand to create the sculpture." 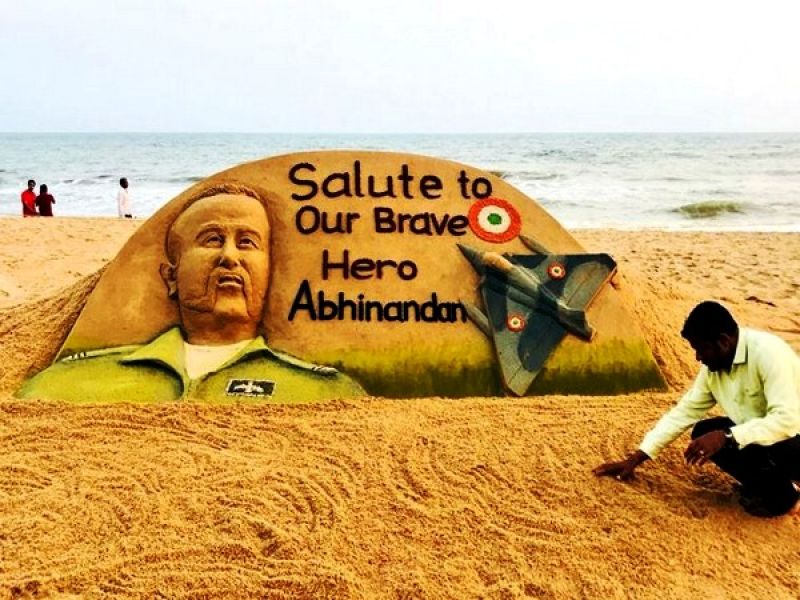 On February 28 too Sudarsan had etched Abhinandan’s likeness on sand and wrote 'Salute to Our Brave Hero Abhinandan,' alongside it. (Photo: ANI)

This is not the first time Sudarsan has etched a sand art in honour of IAF pilot Abhinandan. On February 28 too he etched Abhinandan’s likeness on sand and wrote “Salute to Our Brave Hero Abhinandan,” alongside it.

Wing Commander Varthaman, flying a MiG -21 Bison fighter plane, was chasing Pakistani jets, which had transgressed into Jammu and Kashmir on Wednesday. He crossed over into PoK during the chase, where his aircraft was shot down. He was taken to the custody by the Pakistani Army after ejecting safely.

On February 28 too Sudarsan had etched Abhinandan’s likeness on sand and wrote 'Salute to Our Brave Hero Abhinandan,' alongside it. (Photo: ANI)