I am proud of what I did, says Gilu Joseph

Gilu Joseph stresses that there was no violation of anyone’s right. 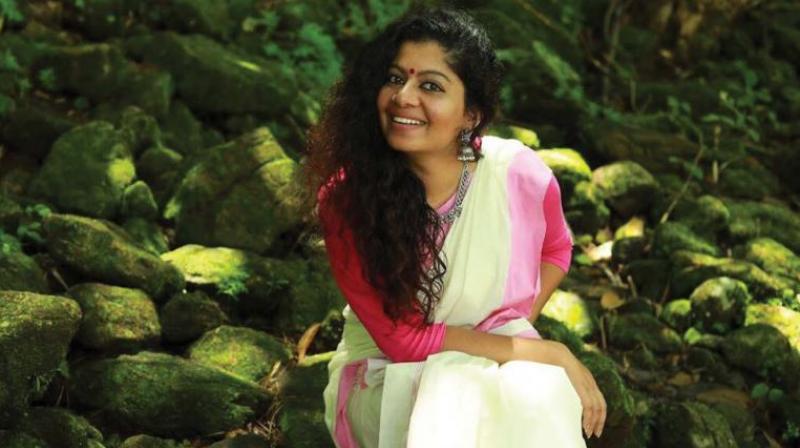 Gilu Joseph’s controversial cover photo  flooded the social media but she still remains calm and is proud that people are having a dialogue on A taboo issue.

Till Wednesday dawn, Gilu Joseph was known as an actor, poet, air hostess, scuba diver. Two more words have been added now — a bold model and a bad egg! On the cover of a Malayalam magazine that hit the stalls was a heavily dressed up Gilu breast-feeding a baby. In no time, the photo splashed all over social media with everyone airing their views. Some found it revolutionary while some others objected to a model posing with a baby who is not hers. Many took offence with her sanskari avatar, as several others found her displaying breasts as a publicity stunt and marketing gimmick. From not using a real mom to violating the child rights to the ‘eroticised’ posture of breastfeeding, everything about the photo set tongues wagging. As the whole world around her erupts, Gilu is calm, smiling, saying, “I am proud of what I did.”

Expressing joy at being part of a movement that set off a discourse on public breast-feeding, she explains, “Controversy or not, the fact that people started addressing a taboo topic is what makes the whole thing important. What matters to me is the beauty of the concept and the prestige associated with the noble act, not the nudity or the sanskari-ness. What we meant to say is that women need not feel shame or fear to breastfeed in public places. If saying that makes me a bad egg, I’m proud to be one.” 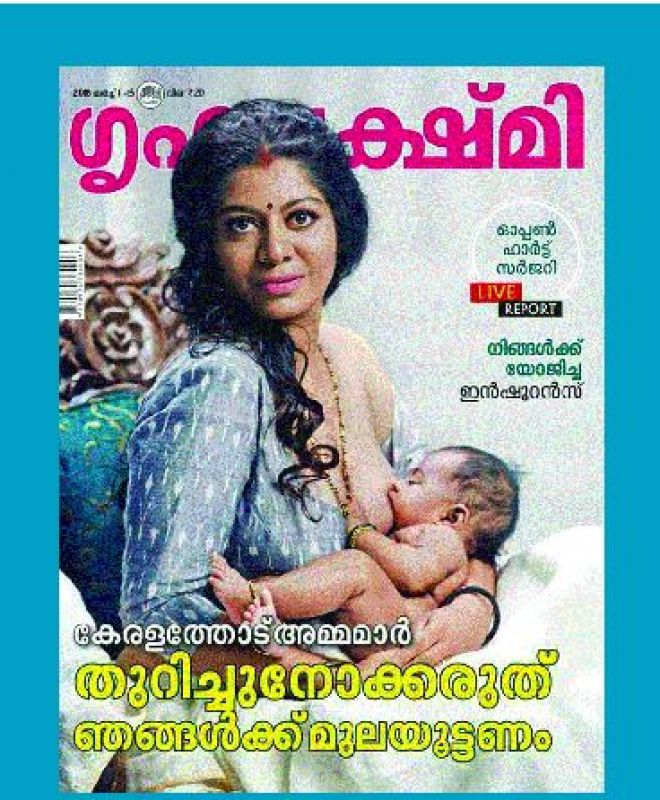 To people who feel that the photo appears fake as there is no mother-child bonding evident, she says, “It was addressed at breast-feeding and not motherhood. I don’t think I need to be a real mother to spread the message. Moreover, I did not cheat anyone. The magazine had me explaining who I am and that I have no child.”

It was just a week ago that she was approached with the offer, which she took up without a second thought. “It is a beautiful, revolutionary campaign. Like many, I too grew up in a household where we never discussed menstruation or breast-feeding with male members of the family. If this helps at least one person to open up and un-stigmatise such topics, the purpose is served.”

Gilu stresses that there was no violation of anyone’s right. “I didn’t harm the baby in any way. I just gave her a kiss. She was sleeping and the whole shooting happened over three hours. Neither did she stay hungry nor did anyone force her to latch on. It took just a few seconds. I’m proud of having breastfed a baby who is not mine. If anyone should be dreading the consequences, it should be me! I am the one who is ‘yet to find a match’, according to society standards. Shouldn’t I be the one who must be afraid?” she asks.

Her parents in her hometown Kumily haven’t been able to accept the whole hullabaloo, but Gilu is nonchalant. “I respect everyone’s stance. For my parents, I am their daughter who brought them a bad name. For me, what I do is important. And to those engaged in slut-shaming, there are other beautiful things in the world, not just cleavages and navels. There are better things to do,” she concludes.