The festival of Holi celebrates the victory of good over evil. 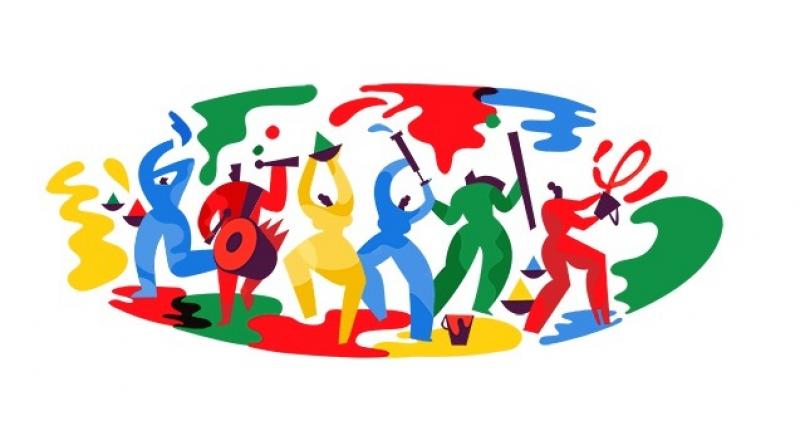 New Delhi: The Google Doodle marked the festival of Holi that is being celebrated across India and especially North India on Friday.

The Google itself is designed to depict various colourful people dancing to the beats of the drums which is a significant element of the festivities.

It further defines Holi as "a Hindu spring festival celebrated in some northern states of the Indian subcontinent, also known as the 'festival of colours' ".

According to an Indian mythological tale, the festival of Holi celebrates the victory of good over evil.

It also represents the story of the death of Holika, the sister of a king named Hiranyakashipu who had fallen to her own trap set to kill his nephew Prahlad who is said to be saved by Lord Krishna as the latter went on to rule the kingdom of 'Daityas'.

Usually, Holi is celebrated across two days. The first day is marked by 'Holika Dahan' where the people lit various borne fires and gather around to offer their prayers.

On the second day, North India celebrates 'Dulhandi' where everyone applies colour to each other.