Thankfully for the pooch, it has been miraculously rescued after it was found it trapped in tar with maggots all over its body. 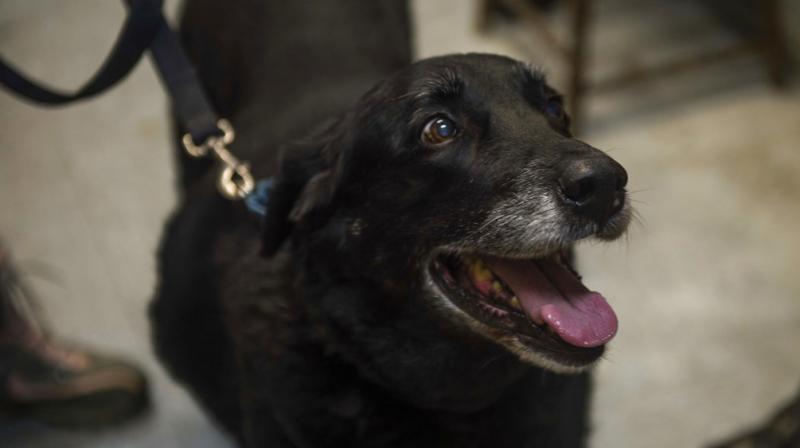 In a shocking case of animal cruelty, a mutt was tortured and then left to die near the Dadu Bridge in Taiwan’s Wuri District.

Thankfully for the pooch, it has been miraculously rescued after it was found it trapped in tar with maggots all over its body.

Distressing footage shows the moment the barely alive stray pooch was inspected near the Dadu Bridge in Taiwan's Wuri District which has, since then, gone viral on social media with more than three million views.

The video shows the unnamed dog lying on its side with its body encased in tar.

The video was filmed by dog sanctuary owner Hsu Wen-liang, who was alerted to the animal but it is not clear whether the dog once had an owner.

However, it appears the animal was tortured with tar poured over its body before being left to die under the bridge.

Hsu, whose dog sanctuary is run out of Tainan, took the animal to Hsin-An Animal Hospital, where volunteers and vet nurses spent several hours cleaning the mud and tar from the pooch's body when it was revealed that there were maggots spotted on the dog’s rotting body as well.

In the video, Hsu can be seen feeding the poor animal water using a syringe and even dabbing the dog's tears as it cries in relief at finally being rescued.

It is also unclear whether the police will be involved in what may be a breach of Taiwan's strict 'Animal Protection Act', which could see the culprit fined heavy and even jailed.