The sin of greed

Greed and happiness simply don’t go together. There is more to life than money and power. 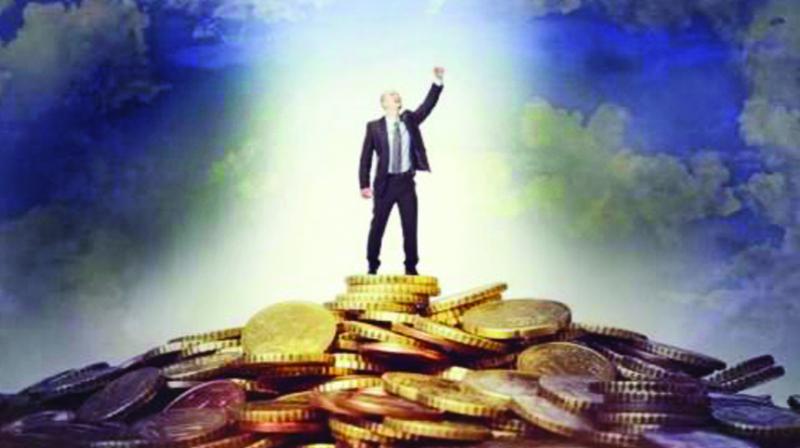 No man can serve two masters. Either he will hate one and love the other or he will be devoted to one and despise the other. You cannot serve both God and money — Luke 16:13

From the very beginning of time we have been witness to how — both in real life and in mythology — those consumed by greed and blinded by lust for power have wreaked unspeakable havoc in families, society and even in states and countries.

Whether it is the war for power in the Mahabharata or the greed of the wealthy Ahab in the Biblical story.  Ahab, in spite of having an opulent palace inlaid with ivory, wanted a vineyard belonging to a man called Naboth and even went to the extent of decimating the latter. He consequently incurred a curse that he would have no descendants to speak of as everyone of them would be wiped out from the earth. There is no dearth of such examples in history as well.

Greed and avarice are very destructive and it is man’s ignorance that traps him in this toxic emotion. The very nature of greed is such that an individual can never ever be satisfied even if he/she has everything in life. It is a bottomless pit. Greed and happiness simply don’t go together because greed is guaranteed to spell moral and spiritual ruin sooner or later. As the Bhagavad Gita says “Hell has three gates — lust, anger and greed.”

Sadly in the contemporary times, lured by the traps of power — that some associate with money and wealth — many people have completely lost perspective. They only idolise money. Such an outlook fails to elevate our gaze to be able to look at the larger goal of life — which is transformation and realisation of our God like nature. The sooner we correct our path and bring ourselves on track the better. We need to bear in mind at all times that all wealth comes from the supreme and can go away in an instant. And the greatest folly is to think that if one is blessed with ample financial resources, one is invincible and does not even need God.

We are merely custodians of whatever wealth and abundance we possess and that too for a brief period.  Drawing our attention to  totally skewed priorities is this quote from the Bible which talks about money and God — “No man can serve two masters. Either he will hate one and love the other or he will be devoted to one and despise the other. You cannot serve both God and money”, Luke 16:13.

More than catering to our desires, it would be better if we use surplus resources and funds wisely and for a larger good rather than adopting wrongful means to endlessly acquire more money, like plundering natural resources and then putting it to adharmic use.

Focus on larger goal of life can only be facilitated by living a life of willing austerity (even abiding by the truth is austerity) shunning ostentation, extravagance and indulgence. Doing this will pave way for cultivating many other ennobling qualities such as gratitude, compassion and charity — qualities that help purify us.

In the final analysis shunning greed and embracing restraint will ultimately make us better humans beings and help create a better society. Else it will be a matter of greed not only failing the greedy but also destroying the fabric of our existence.