The actress talks about working with Anil Kapoor and Salman Khan, attaining stardom, and more. 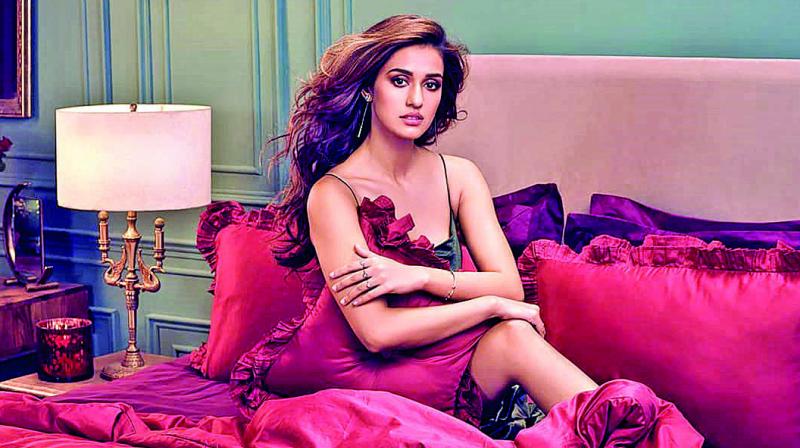 While Disha Patani has made the action genre seem effortless in her previous films such as Loafer and Baaghi, she reveals that her latest film Malang brought challenges with it. The actress particularly refers to shooting for the film’s now viral poster, in which she is kissing her co-star Aditya Roy Kapur while sitting on his shoulders. “It was indeed very challenging. We were trying to pose for this poster in an easy manner, but we were unable to do it. It was not looking natural, so I climbed (his shoulders) on my knees first, which also didn’t work because I am very tall, owing to lack of flexibility. But thanks to my gymnastics, I could get the poster shot the way it is looking now,” she reveals.

The film also stars Anil Kapoor, whom Disha was overjoyed to work with. “It was like a dream come true,” she says about working with the Mr India actor, adding, “During my childhood days, I had watched and enjoyed Mr India, and I had gone back remembering those days when working with him now. He is also so passionate about his work and is totally involved in every scene. He keeps visualizing his work and tries to give his best always.”

In addition to Malang, the actress will also soon be seen in Radhe: Your Most Wanted Bhai with another Bollywood bigwig, Salman Khan. When asked whether it was awkward to romance a man much older than her, the 27-year-old shakes her head. “I worked with Jackie Chan in my third film, who is 60 years old. It does not matter. You are an actor and being a professional, you have to just perform your character to the best of your abilities. These actors are very professional and make you feel very comfortable,” she explains, adding that she has developed a bond with her co-star, thanks to having worked with him before on Bharat as well. “My bonding with Salman Khan was great. He is a thorough human being. I have seen many people flocking in from different parts of our country to seek help from him, and he readily helps everyone. He takes care of every single person on the sets. Delicious food is cooked and brought to the sets for all of us,” she smiles.

As for being Salman’s new muse, Disha says with a laugh,  “You should ask him that, how would I know? I can only hope I become his ‘blue-eyed actor someday, but how can one actor be cast in every film, there needs to be some change na?” she asserts.

However, in spite of being associated with such big names, the actress says she has not achieved any stardom at all. “I am just a few years old in the industry, and I have to go a long way. I am just fortunate and lucky enough to have worked with such amazing actors and human beings in this short stint of my filmy journey. For me, stardom is being Salman Khan - despite being in such a huge position today, he still thinks about how his films will appeal to his fans. He is so involved; he does not want to leave any stone unturned while he is working on a film. This is why he is receiving all that love from his fans,” she explains.

Switching gears to her off-screen life, the Kung Fu Yoga actress reveals that she is a tomboy who has somehow fit into the glamorous world of Bollywood. She says, “Since my childhood days, I was very tall and preferred wearing basketball shirts. I was very shy, and I could not give back to anyone. People called me jadu though. My sister, who is a Major in the Signals regiment, would take charge of saving me from all the cruelties that I met with owing to some unpleasant fights. I am still a shy person, but I have adapted to the present Bollywood scenario. However, I am not a party animal nor do I have many friends. My school friends are still my friends.”

Disha adds that despite being in the industry, she is still not used to being referred to as sexy. “I remember my dad was working in the police department and most of my folks worked in Government jobs. So boys never dared to come and compliment me whether during school or college. No one has ever complimented me with that ‘sexy’ tag.

The actress also still feels awkward around the paparazzi. “I am a simple person and very shy too. I do feel awkward to pose for pictures, though, I have adapted to the pap culture. But at times, because of my shy nature, I can’t pose for them. At times they might feel I am rude, but to tell you the truth I am not rude, just shy,” she explains in conclusion.