From launching water taxis to greener local stations, here’s what is in store for the city. 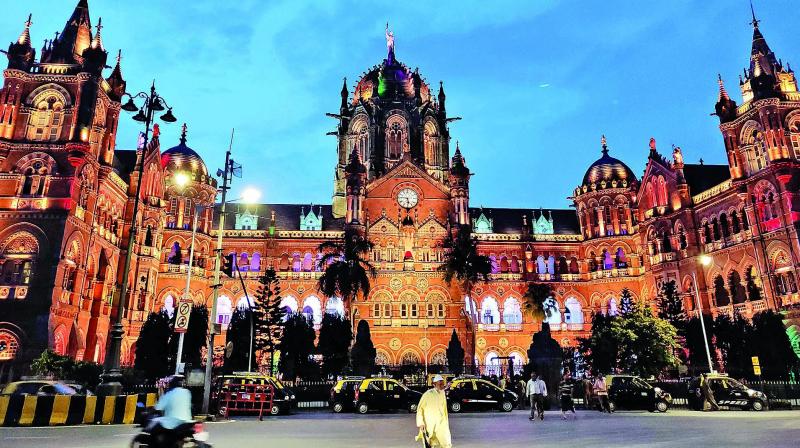 Now running between platforms to look for a toilet in CST will be a thing of the past as the authorities are planning to build a two-storey toilet by early 2020.

This year, Mumbaikars can breath easy as a number of initiatives are going to ease their daily grind.  From launching water taxis to greener local stations, here’s what is in store for the city.

Nature’s call in CST
Now running between platforms to look for a toilet in CST will be a thing of the past as the authorities are planning to build a two-storey toilet by early 2020. According to various reports, it will ease the challenges of five lakh commuters passing through the station with 33 new urinals. Currently, there are 46 toilets at the station.

Green stations
Since the local train is Mumbai’s lifeline, authorities are planning not only to increase the number of coaches but also to make the stations greener and environment-friendly. “We have identified 30 stations where we are developing small landscaped gardens. We hope to complete these projects by mid-2020,” says Ravinder Bhakar, CPRO, Western Railways.

The Central Railways  also promise that by 2020 the services on Neral –Matheran Light Railway to be resumed, besides opening of new lines, doubling and introducing electrification in phased manner. Moreover, Mumbaikars can expect 56 planned foot-over-bridges, 127 more lifts, around 123 escalators and Wifi at 35 stations on Central Railway platforms this year as part of their renewed plans.

Revamped Deccan Queen Express
Due to huge public demand, one of the oldest trains to ply between Mumbai CST and Pune is going be upgraded soon and will now have increased speed, thereby reducing the commute time. “The conversion of Deccan Queen express has been initiated after very popular demand from the Passengers Association and the commuters who travel regularly between CST and Pune. It is on their demand that this train is being converted into LHB coaches with retaining of the dining car,” says Shivaji Sutar, CPRO, Central Railways.

Easy on the road
According to several reports, Brihanmumbai Electric Supply and Transport (BEST) recently announced that they would be purchasing 50 double-decker buses. And will be scrapping 70 out of 120 old buses that will be sold to women self-help groups. The reports further suggest that the authorities will initially place an order of 50 buses to replace the first batch of buses to be scrapped.

Water taxis
This year will be full of adventure for Mumbaikars as they will soon be jet-setting their way to Navi Mumbai or Belapur through the sea route. Yes, you heard right. The authorities are working on a plan to launch water taxis, easing the traffic on its congested roads. “We are developing kilometer-long waterfront from the Bhaucha Dhakka (Mazgaon). On that waterfront, among other things, we will have a water taxi hub just next to the domestic cruise terminal. From there, the taxis are planned to go to Kanhoji, Angre Island, Karanja, Jawaharlal Nehru Port, New airport in Navi Mumbai, Belapur, Nerul, Vashi, and Thane. We are also looking at going up to Vasai, but that is planned for the next phase,” says Sanjay Bhatia, chairman, Mumbai Port Trust. The permissions have been given to six operators to get these water taxis manufactured and the fare will be decided soon.