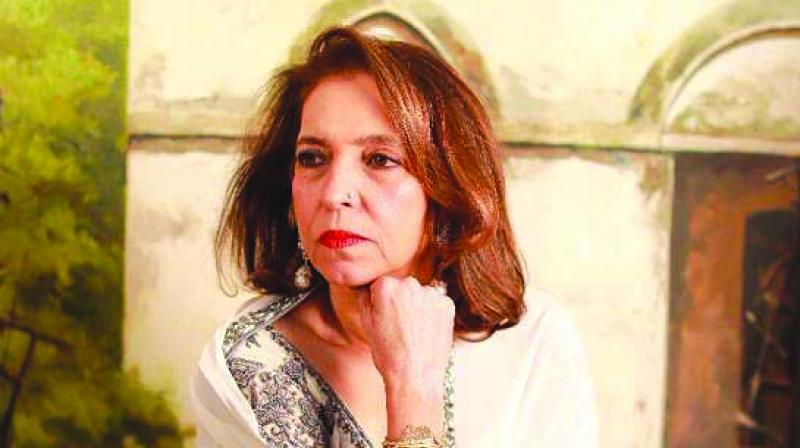 Poems are the best tool to say more in just a few words. Poems make the reader introspect and engage in a deep conversation. Amrita Pritam, the legendary poetess was just that. She delved into topics concerning womanhood and the complexity of emotions. While those lines were written way back in the day, they are echoed even today. One of her students Minu Bakshi, through her poems pays homage to the legend on her 100th birth anniversary through a series of poems titled Ik Mulaqaat

The series talks about Bakshi’s first meeting with the poetess dating back to 1980 and how it affected her immensely. And it was after that meeting, she explored her poems in depth.

The role the legendary poetess has played in Bakshi’s life is immense. She adds, “Her life and her poetry has given me courage. (It gave me) strength to be able to voice my thoughts however private, controversial, socially unacceptable they may be. She gave me the courage of expression, to accept my feelings, to be unashamed of my emotions.”

Though she was a punjabi speaker herself and understood the language fluently, she sought to translating her poems. But when she read them, she was taken aback. As she was reading her poems, she couldn’t understand them at first. “My encounters with her were when I was on the threshold of adulthood and  womanhood. Too young to even understand the complexity of a woman’s emotions. I was absolutely incapable of understanding the depth and the naked baring of a

woman’s body and soul,” she expressed. But, “I understood her in some strange way and admired her. Also her social poetry. She had an incredible impact on me which kind of kindled the desire to translate her poetry into Spanish and then I realised that I was incapable of it.  I had only intended to translate words not emotions.”

But now that she has matured, she feels that now she has a better understanding of the poems. “Today having lived a life with all its complexities and myriad emotions, I’m far more capable of not only understanding but empathising and identifying with her poems.”

The question remains is that whether she still misses her presence or not, she answers that that is not quite the case. Further adding, “I don’t think I miss her but I do miss the fact that I wasn’t old enough at the time, that I was born in a different era and I was far too young to comprehend her then.”

She does feel that she  could've cultivated her friendship had they both been closer in terms of age and times. She expresses, “I miss the fact that I could not converse with her at the same mental level, that I did not have the depth or understanding at the time that I could've been so enriched just by talking to her.”

So what does the ‘Iq Mulaqaat’ mean to her? She replies that it was the first meeting with Amrita Pritam gave her the courage to pursue her passion for poetry as an outspoken woman who expressed her innermost thoughts through her verses Amrita was and is today her personal icon . She adds, “That Ik Mulaqat has lived with me through all these years. It has taught me to believe in myself, to live by my convictions, to not be ashamed of feelings. It's given me a way of life, it made me what I am today..it gave me -ME!”

Being a Punjabi poetess, we asked her what was the charm of expressing poetic thoughts in Punjabi, she replies, “The most fascinating aspect of the Punjabi language from the point of view of a poet and a teacher is that the language combines an earthiness and poetic expression effortlessly.”