Hardik on a high 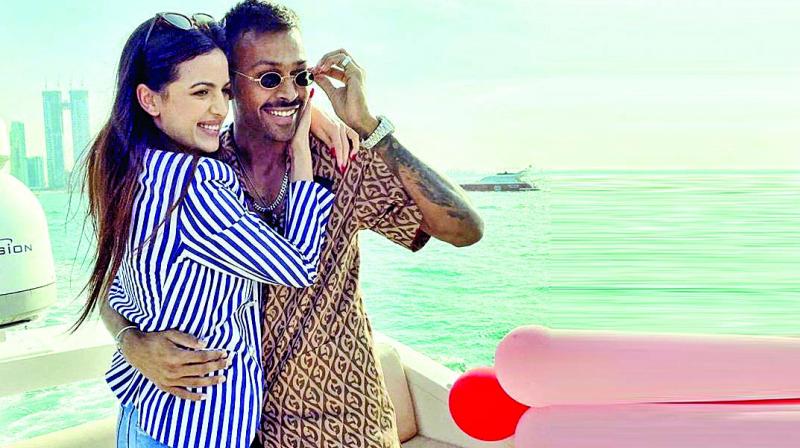 For Indian cricketer Hardik Pandya, who drew quite a bit of negative attention in 2019, the new decade of the 21st Century has started on a fantastic note — his romantic proposal aboard a boat at sea has been accepted by his lady love, Natasa Stankovic, the actress of Serbian origin who participated in the popular Big Boss Show.

Hardik took to Instagram to post an engagement picture with the caption “Mai tera, Tu meri jaane, saara Hindustan. 01.01.2020 #engaged (Let the whole of Hindustan know that I’m yours and you are mine) (sic).

After popping the question, as the band played a romantic number, the 27-year-old all-rounder locked lips with Natasa before he slipped a ring on to her finger.

As soon as Hardik posted videos and photos on his social media accounts, congratulatory messages started pouring in. Leading the pack was Indian skipper Virat Kohli. “Congratulations H. What a pleasant surprise. Wish you guys great times ahead. God bless”, he wrote.

Other team-members followed suit. However, there were several tweets which were critical of the engagement between the two in ways which crossed the norms of propriety.

Meanwhile, renowned marriage and relationship counsellor Dr. Kamal Khurana is optimistic about the success of the match despite the obvious differences in backgrounds. Speaking exclusively to DC, he said, “Of course the mixing of different cultures has its own challenges, but the critical binding factor is love.”

The Delhi-based counsellor, who pointed out that there has been “a history of love relationships between cricket stars and actors”, also felt that “Hardik and Natasha had similar journeys from struggle to success,” and this would help them relate to each other. The fact that Natasa had accepted Hardik’s proposal even though the latter had been suspended by the BCCI (as a fallout of the controversy) boded well for the relationship, Dr. Khurana felt.

Natasha Stankovic was born in Pozarevac, but has been based in Mumbai since 2012. Earlier, she studied ballet dancing for 17 years before taking up modelling. A little-known fact is that she plays the piano very well. She has featured in several advertisement campaigns.