An online campaign is urging people to go sugar-free for the month of November. 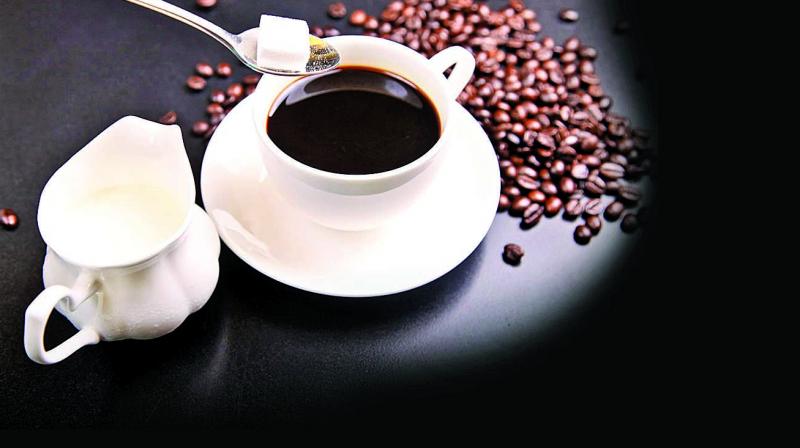 Started by an online community in 2017, the third edition of No Sugar November campaign has participants from across the world.

With the festival season just winding down, our bodies need a well-deserved break from all that sugar before Christmas and New Year’s Eve roll in. And what better way to say ‘see you later’ to sugar than with a challenge?

Started by an online community on Facebook in 2017, the third edition of the No Sugar November campaign now has more people aiming towards living a healthier and balanced life. “There is no standard movement like this so far, and I felt a need for such a campaign upon seeing the increasing level of diabetes and health issues due to sugar consumption. It has been successful so far. More and more people are getting motivated to take up the challenge and they are monitoring their diet carefully with no sugar in it. I have heard many success stories in these three years,” says Vishal Thakur, who initiated the campaign with a small video of him on Facebook following a sugar-free diet for a month.

“I weighed 95 kgs and couldn’t lose weight despite working out, after which some people suggested dieting. When I researched, I found that sugar is the most harmful product for the body, so I thought to supplement sugar with other natural products and ended up with almost no sugar in daily life,” says Vishal, adding that a 30-day challenge is important as it takes 21 days to make something a habit. Speaking about why he chose November for this campaign, he says, “All the major festivals are over by this month, so it is easier for people to take up this challenge.”

During No Sugar November, one must try to eliminate all added sugar from their diet, which is far more challenging than it seems. According to participants, it needs a lot of mental strength to avoid sugar in your daily diet. “It becomes all the more difficult to control when you know you are on such a challenge. You need the dedication to eliminate it completely,” says Delhi-based Manmohan Jha, who participated in the No Sugar November campaign last year to lose weight, but later realised that it has other benefits as well. “I saw this campaign on Facebook and thought of participating. The first three days I couldn’t control, but then I continued without sugar and the last three weeks went well. I cheat sometimes, but not during the challenge month,” he confesses.

Mumbai resident Ashok Karkera agrees that the first three days are difficult, but once you stick to it, you feel energetic and active. “This is my third year and I have been successful so far. But then someone’s birthday comes,” he laughs.

While the challenge is in place, there is no recording mechanism to monitor the participants’ exact sugar intake. “It has more to do with self-control and discipline. There is no one to keep a track of what you are eating,” Vishal explains. Another participant Ashlesha Tawde, who joined the campaign last year, adds: “It is self-monitored and motivated. It really works well, because you feel it is just a short-term thing and then you just get used to it.”

Fitness enthusiast Snehal Sengupta has given up on sugar two years ago, and he feels healthier and less bloated. “I left sugar just to see what changes will occur if I leave it, and results are satisfactory. One month is enough time to see whether it helps or not, but you have to control the consumption of fatty foods and alter sedentary lifestyles as well,” he warns.

Ever since the consumption rate of sugar has grown in India in the later 20th century, the country has become the diabetes capital of the world. Over the years, doctors and nutritionists have also been suggesting cutting down daily sugar intake to prevent and heal health issues. Celebrity nutritionist Pooja Makhija explains that people like following trends, and so No Sugar November is effective as it is a short-term challenge that helps one to adjust from less sugar to no sugar.

Giving advice to those trying to cut out sugar, she says: “I would say use these 30 days to make a lifestyle change. Doing a 30-day challenge is a great way to start with. Giving up sugar for life is difficult, so take this small challenge and give it a shot. Make a small start, and then try to make it occasionally from very often,” suggests the nutritionist, adding that when you take up this challenge for a month, you agree in your head that you have to stop consuming sugar.

“If this is beneficial for one month, then think about how much this can help you on a daily basis. Do not make sugar a regular treat for you, but have it very occasionally,” she concludes.