Body neutrality: What does it really mean

While it is not that widespread yet, body neutrality is all set to be the new body positivity. 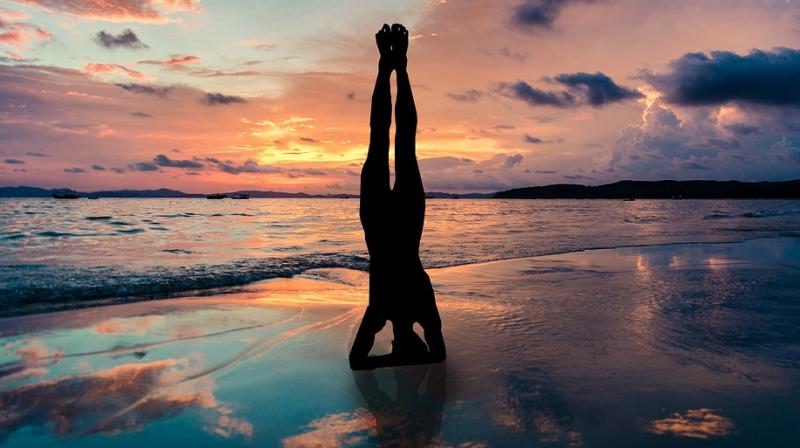 Later, body positivity even started to feel like a marketing gimmick being used to sell more products to women. (Photo: Representational/Pixabay)

After centuries of body shaming, the term ‘body positivity’ started doing the rounds. It taught the man/woman to love and celebrate the body that they have.

Several celebrities and public figures took to social media to promote the idea of loving your body for all its flaws and fats, and not fall prey to the so-called idealistic beauty standards. Body neutrality is a new concept that is slowly taking shape.

It is not a new term, and has been around since nearly 2015. Body neutrality was popularised by fitness coach Anne Poirier. She started programs about body positivity in Vermont in 2017 and slowly got about the term body neutrality too.

So what exactly is body neutrality?

It is simply not giving a thought to how your body looks. Body shaming makes people feel bad about their figure for not matching up to certain standards. Body positivity teaches you to love it as it is. So, body neutrality is a refreshingly different concept.

During the wave of body positivity, some began interpreting it wrongly and somehow made it synonymous with, ‘If you got it, flaunt it’. Women thought that the only way of celebrating it was to expose more of the body. But this movement again was not very inclusive as women who didn’t have conventionally beautiful bodies still felt insecure.

Later, body positivity even started to feel like a marketing gimmick being used to sell more products to women.

With all the negative and incorrect interpretations of body positivity, neutrality propagated the idea that women’s bodies are not to be commented upon, at all. Instead, other aspects of the women’s being in given importance, like, what he thinks and what she feels.  So don’t say: “I love how I look, no matter what you think.” But do say: “I love what I think, and who cares what I look like?”

This nuanced concept is being promoted by a few celebrities as it is just gaining popularity. Taylor Swift has spoken about and so has Jameela Jamil.

While it is easy for privileged, slim and beautiful women to talk about body positivity, it is not as easily implemented by the rest of us.

For decades now, women have internalised the objectification by men and thus, have started labelling themselves as objects. It’s going to take a while to unlearn years of objectification to finally make physical appearance an insignificant part of our lives.