More than 44 per cent users claim to have told their families about their sexuality. 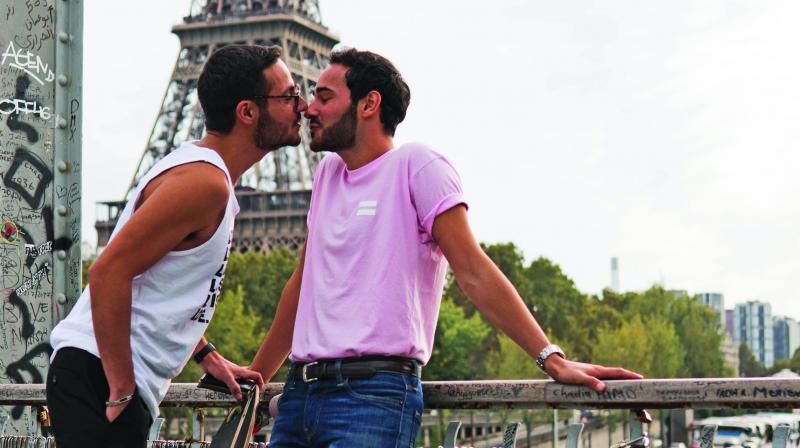 Picture for representational purposes only

It seems just like it was yesterday, but it has almost been a year. September 6, 2018, was an important day in the lives of many, as a five-member Supreme Court panel of judges unanimously ruled in favour of same-sex consensual relationships. Section 377 was no longer the aberrant that not only prevented people from expressing their sexuality, but also deemed their core identities illegal.

Most recently, Menaka Guruswamy and Arundhati Katju, who were advocates in the hearing, earned international acclaim for coming out as a couple. Not just that, but we saw India’s first LGBTQ+, Dutee Chand, reveal her sexual orientation publicly when she spoke about being in a same-sex relationship this year. And, finally, dating apps worked towards creating queer-friendly spaces by introducing more sexual orientations and preferences.

More good news comes from a recent survey conducted by OkCupid: 68 per cent men and 90 per cent women using the app say that they ‘now care about LGBTQ+ issues’. Additionally, more than 44 per cent users claim to have told their families about their sexuality. These indicators, although not the best, are certainly in the right direction.

But the real question remains… is the change good enough?

It is here that members of the queer community are divided in their opinions. Keshav Suri, executive director of The Lalit Group, feels that in one year there has been a positive change of attitude and acceptance towards the community. Millions of queer people have found the courage to speak up and come out of the closet.

He continues, “There is serious intent with regards to conversations and engagement with community members. I see corporate India trying to establish a connection with the community, by forming Employee Resource Groups (ERGs), doing sensitivity workshops and creating a safe environment.” He further adds, “Affirmative action is the need of the hour. I am glad that work in that direction has begun.”

However, Ruth Chawngthu, founder-head of operations at Nazariya LGBT, is of the opinion that life hasn't changed much post decriminalisation. Ruth narrates, “A lot of my friends still fear police brutality and intimidation. We still don't have legislation and anti-bullying laws to protect us, so we are living life knowing that we have a long way left to go.” She feels, “Right now the government has been passing laws that are very anti-LGBT, such as the surrogacy law and the Transgender Persons Bill. We do not feel heard. I think my battle with justice is only starting now.”

Rituparna Borah, an activist with Nazariya QFRG, adds, “After Section 377 got decriminalised, we have seen a lot of lesbian couples leaving their houses, coming out, and wanting to stay with each other.” She does feel that decriminalising homosexuality is not enough. But she adds, “I think it has become easier to talk about queer issues now.”

The partial scrapping of Section 377 did start a discourse among the general population. Ruth says, “I think it has made people more aware. For me, it made my parents understand and learn more about the community. So, yes, it made coming out easier.”

However, the road ahead is a rocky one. Ruth is of the opinion that society needs to talk more about topics they consider ‘taboo’, such as sexual orientation and gender. She says, “It's not that complicated. My parents are devout Christians and they still understood me when I came out to them as bisexual, so let's start having healthy discussions instead of just brushing off the topic and pretending like LGBT identities are strange.”

Prachi Vashisht, an ally to the community, believes that when it comes to the law, justice has been served. But that’s not all that’s there to it. She explains, “I don’t think the entire situation has been solved by this one step. But, for a country like India, which had made no progress in this issue, this step is a milestone.” She concludes, “ It does not mean it is the only milestone we need. We need to add steps to make India a more inclusive country.”k about queer issues now.”