As the authorities prepare to cut off a part of Mumbai’s green cover, experts weigh in on the environmental impact of the move. 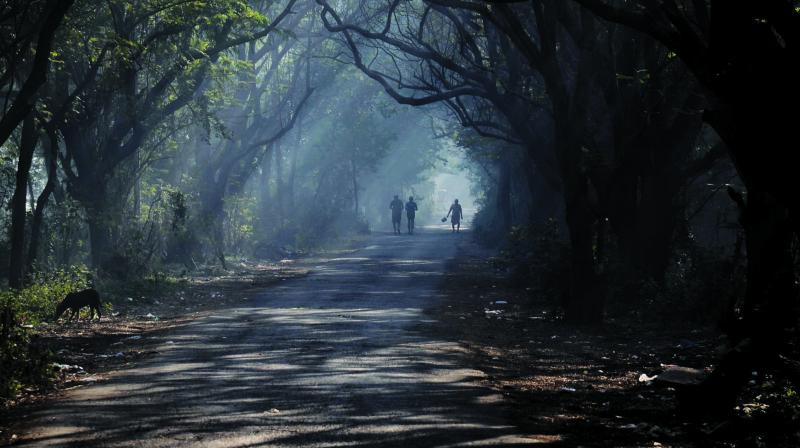 The fact that three tree experts on the panel also voted in favour of chopping the trees came as a surprise for many.

With news of BMC authorities approving cutting of 2,700 trees in the Aarey forest, concerned citizens raised their voices and also organised protests against the move. Referred to as the lungs of the city, the forest is a mix of grassland, marshy areas, and water bodies, meaning it has rich biodiversity for various species of plants and animals.

Chopping down the 2,700 trees is like “running a bulldozer into your house,” says Dr. V Shubhalaxmi, founder of Ladybird Environmental Consulting. As an environmental conservationist, Shubhalaxmi is worried about the wildlife residing in the forest that will try and migrate. “When they’re moving from one habitat to another, if they find another space then they might survive. But many times because of animals’ territorial nature, it doesn’t happen and they may not survive,” she says, adding that surviving in a new place for animals is tough as they are not as adaptable as humans.

In addition to the wildlife being at risk, the metro shed for which the forest is being cleared cannot compensate for the environmental damage it will create in the long run. Although the government is promising six saplings for every tree being cut, Dr. Nilesh Bakshi thinks it’s not enough. The former member of the tree authority says, “If you remove 2,000 trees, it is going to have a tremendous impact. The MMRDA says that with the removal of one tree they will plant six, but they won’t be planting six trees, they will be planting six saplings. Now the world body says one fully grown tree can be compensated by hundreds of saplings, not six.”

Dr. Shubhalaxmi adds that older plants are more helpful than saplings in terms of carbon absorption. “If you look at the carbon which has been stored in these trees, cutting them means that the carbon is going to be directly exposed to the atmosphere. Trees are key for holding the carbon in them,” she explains, adding that this will also contribute towards global warming.

Environmentalist Stalin Dayanand, who is also a member of the Aarey conservation group, notes, “It will increase the pollution, and it will increase the temperature as well. If you see, Goregaon is the only suburb which has a lower temperature than the rest of the city throughout the year because of Arrey.” Dr. Bakshi adds that even a 0.5-degree Celsius increase could be fatal in the long run.

For a city that comes to a standstill after one day of heavy rainfall, flooding of low lying areas have been a major problem. The chopping of trees will only add fuel to the fire. “Wherever there has been such a loss of green cover and the environment has been damaged, there has been flooding. This time on Bhulabhai Desai road, there’s a lot more flooding compared to last year because of whatever preliminary work they have done on the coastal road,” Dr. Bakshi explains. Furthermore, Dr. Shubhalaxmi says that concretizing open grounds will cause less water absorption and will ultimately result in flooding.

Meanwhile, the development is also heartbreaking for people living in the forest since a part of their home is getting uprooted. “They don’t want anything to do with this. They are saying that they would not take the metro or touch a single tree. Because they know eventually all their lands will be taken away, and they will be put into a slum rehabilitation apartment,” Dayanand says.

The fact that three tree experts on the panel also voted in favour of chopping the trees came as a surprise for many. But later, one of the tree experts Shashirekha Sureshkumar came forward and claimed that there was a miscommunication. Dayanand, who is close to the situation, reveals: “There was pressure on the committee members to clear the proposal in the same meeting, but the experts requested time to read the proposal since they only got it the day before. But the committee members didn’t allow a postponement of the discussion and wanted to clear it the same day. The question was what to do, and they were asked to vote yes or no. The experts thought that the question was whether to postpone the hearings, so they raised their hands.”

Dr. Bakshi is not surprised by the story and claims to have experienced a similar situation before. He says that a similar incident occurred a decade ago when 84 trees were to be cut at Haji Ali. According to him, the discussion never took place, but the authorities released news that tree experts approved the tree cutting.