The Sage’s Secret marks the debut of Abhinav, a fresh and contemporary voice, who weaves absolute magic with his storytelling. 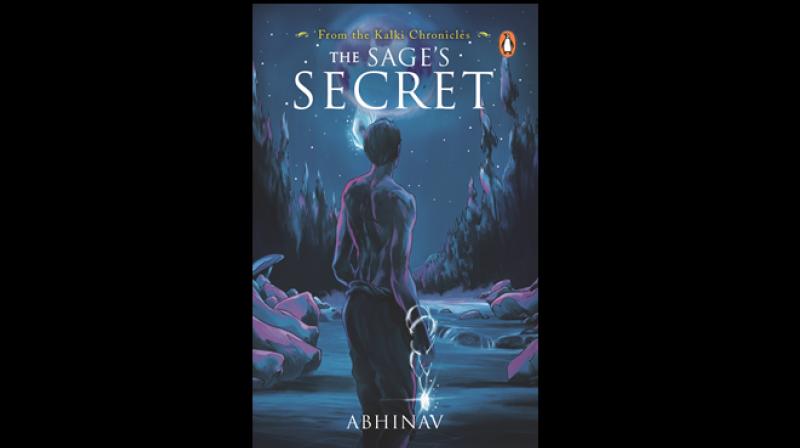 The Kalki Chronicles sees a 20-year-old protagonist, Anirudh, at the centre of a plan conceived by Lord Krishna in the Dwapara Yug.

New Delhi: Penguin Random House India recently announced the release of The Sage’s Secret, a powerful and gripping saga that will have its readers turning pages till the wee hours of the morning.

The Sage’s Secret marks the debut of Abhinav, a fresh and contemporary voice, who weaves absolute magic with his storytelling. A treat for all Indian mythology-fiction fans, this is the first in the trilogy titled The Kalki Chronicles that sees a 20-year-old Anirudh at the centre of a plan conceived by Lord Krishna in the Dwapara Yug. Through his strange dreams and visions, as Anirudh uncovers the secrets of master strategist Lord Krishna, he also slowly comes to realize his true purpose and identity.

From a plan conceived in the Dwapara Yuga to its revelation in the year 2025 in the Kali Yuga, The Sage’s Secret is about a perilous and ruthless mission that rests on the shoulders of the final avatar of Vishnu the Preserver—Kalki.

Talking about the conception of the idea for the book, Abhinav says, ‘The idea of Kalki, the final avatar of Vishnu, had intrigued me since I heard it the first time during my school days. Around six years back, I started toying with the idea, “What if Kalki were to exist in our world? What were to happen if the last avatar has already taken birth?” That’s how the storyline for The Kalki Chronicles developed.”

He further adds, “The trilogy gave me an opportunity to expand the plotline, a setting that spans eons, from the era of Mahabharata to the year 2025. I hope readers of Hindu mythology will enjoy this story (for it connects to the story of the Mahabharata and to some other elements of Hindu mythology) and those who appreciate adventures, quests and thrillers.”