Helping a furry friend or a helpless stray, these celebrities are known for their activism to promote animal welfare. 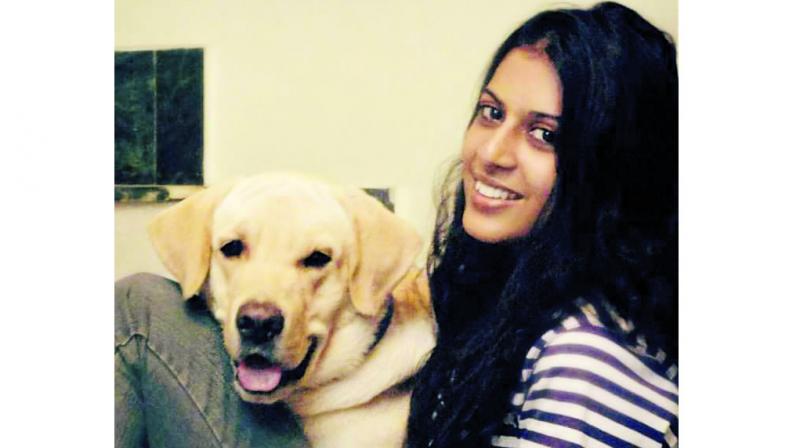 With great power comes great responsibility. But, in an era where social media ascendancy reigns, the ball (of bringing about a change) is clearly in the “influencer’s” court! City celebrities and influencers with a burgeoning following are going all out to ensure their social media reach is being put to a rather interesting, thoughtful and altruistic use: Animal welfare. Sandalwood actresses like Samyukta Hornad, Aindrita Ray and Nidhi Subbaiah take the endeavour of rescuing strays extremely seriously, often partaking in campaigns and doling out posts shedding light on the need to #adoptnotshop. Even Actor Darshan Thogudeepa has been in the spotlight for his animal welfare endeavours. He has also adopted zoo inmates according to reports in the past. These acts of kindness go a long way — in terms of reach as well, with several fans emulating the healthy trend. We take a deeper look...

“Hailing from a family of animal lovers, I’ve always been sensitised to the needs of animals, irrespective of whether they were a part of our family or not. Ever since I made a foray into films, which subsequently led to a rise in my social media followership, I realised I was bestowed with the opportunity to raise awareness. And, then began my tryst with creating a welfare system for our furry companions online and off it,” begins actress Samyukta Hornad, who’s associated with the Watchers India Trust and PETA. She’s currently volunteering and posts often about Wildlife SOS and WRRC (Wildlife Rescue and Rehabilitation Centre). For those who follow the actress, it wouldn’t come as a surprise to find that a series of her posts have been dedicated to Gunda, a rescue dog of hers. “I didn’t know the colour of love was brown until I found a lil nothing standing in front of my gate staring at me with his big brown eyes. Little did I know that just another normal boring day like this, 16 years ago was going to be the biggest, most important day of my life. The day Gunda slowly snuggled into my heart, my family, my life... stitching all it’s broken pieces together.  Soon enough, he became my go-to-place, my safe place, an eternal space for love and happiness. If this does not make any sense to you; ADOPT a Dog today, and feel the magic on your own. One of the biggest takeaways from using my power to influence on social media is how I’ve been successful in creating adequate awareness about rescue in general. Friends who weren’t too fond of animals have a better understanding of them. And those who want to adopt, they’re more aware of where to go or whom to contact. This truly leaves me feeling satisfied.”

Vouching for how sharing is caring; actress Sangeetha Bhat, shares that she often milks on the viral nature of social media, and puts it to good use. “ As you see, people tend to pay heed to what they see on social media. For instance, I recently posted a picture of me bird feeding, and what followed was a few others who took similar snaps. To me, that’s what making an impact is truly about.”  But, rescue operations are what she largely focusses on, adds Sangeetha, “I make a conscious effort to post phone numbers of organisations and individuals who I personally know, that help animals. It might seem like a trivial thing, but the fact is, social media has come to the rescue of many strays who’ve been offered food, vaccines and accommodation by good samaritans who have put their connections to good use.”

Given how the city happens to be a metropolitan city, and with a huge influx of people comes other issues like solid waste; Deepashree, a popular model and actor decided to take things in her hand. “I was working for a NGO a while ago, when I chanced upon a lady would come around with a huge bag full of food, and would feed strays around. She was neither from a NGO or a govt official,  it was from her personal interest.   Ever since, I make it a point to update about animal care on social media and via whatsapp groups.To anyone reading this; getting an odd 600-1000 likes on a picture, should be put to a bigger use. Use your social media power to bring around a change in the lives of those who can’t do much to you, that’s what kindness is all about!”