Raghu Rai: An Unframed Portrait was recently screened by the Mumbai Film Festival, and will also be shown in Delhi on August 3. 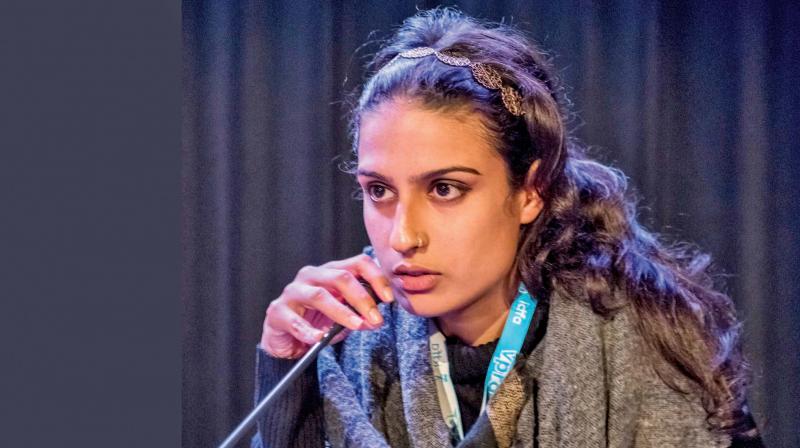 As an 18-year old who shifted to Mumbai for a journalism course, Avani Rai would occasionally pick up the camera to film memorable moments with her parents, as catharsis to her homesickness. But after seven years of filming and seven hundred hours of footage, Avani's 55-minute documentary on her father, Raghu Rai, hardly ever indulges in extolling the celebrated photographer. “At no point you will think he's god. I had to strike a balance and make sure nothing becomes indulgent especially when the subject is your father. I just wanted to capture the essence of the man,” says the 26-year-old. Raghu Rai: An Unframed Portrait was recently screened by the Mumbai Film Festival, and will also be shown in Delhi on August 3.

In 2013, Avani met with filmmaker Anurag Kashyap to seek professional help and it was Anurag who spurred the idea of a film, “When I came to Mumbai, I didn't know my father was so famous. We’d  travel together and I had a lot of footage with me. So I approached Anurag during the second year of my college and he agreed to back me only if I made the film with full honesty,” reveals Avani. 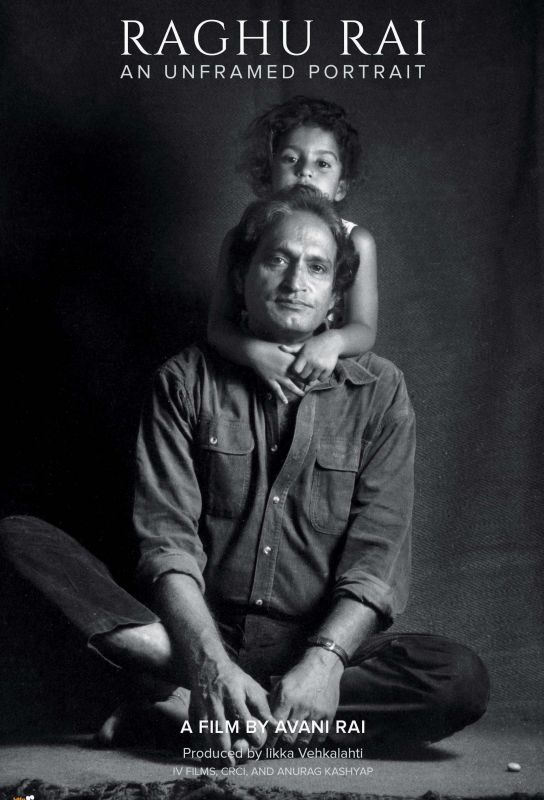 The film poster with a young Raghu and Avani Rai.

The first leg of filming began in 2010 when Avani started capturing her father at their Delhi residence and eventually followed him to Kashmir on one of his projects,  “I always learnt history second-hand through images and texts, but Kashmir was my first ever, first-hand experience of the current situation in the country,” she says. The whole documentary is shot on a DSLR and captures Raghu juggling the role of a father and a mentor and Avani had the best of both worlds throughout the process of filming, “He would look at the camera from the front and tell me what's wrong with my lens or my framing. But I would have my way and tell him this is not maths and I can film however I want. It is this tension between a father and daughter, without having to prove who’s right or wrong, is the essence of the film,” she smiles.

The narrative of the documentary is divided into three sections: The father-daughter relationship, India through Raghu Rai's eyes while the third part is based on Kashmir, “There is a parallel narrative, where we go into history through my father's work. In the father daughter segment, only the daughter has a character graph since the father has already peaked as a person. With Kashmir, I wanted to speak about the human angle of the place, which gets lost in political agendas in the news,” informs Avani who reveals that her main challenge was to strike a balance between the three parts. “I hope I've been able to do that. I could make him anything in my film, my guru or god. But you will understand my father's philosophy for what he is,” assures the filmmaker. Avani would never allow her dad during edits of her film, for the fear of being intimidated by his strong opinions and seasoned views on visual art. The 75-year-old photographer only saw the film for the first time at its Mumbai premiere, “After the film ended he said to one of the audience members, ‘I must say she's done a wholesome job’. I stopped him saying, ‘How can you say only so much about my film?’ But he said it's better than good. That's when I knew I've got the man,” she laughs.

The IDFA Bertha Europe set the film in motion and the Arte France came on board later, recalls Avani, “I didn't expect it to become such an important project. It started to get more and more serious as the years went by.” The documentary made an appearance at the International Documentary Film festival in Amsterdam (IDFA) last year and is being screened across cities in India. The film is also awaiting an online release, as the censor board won't let it pass due to its contentious segments that capture the unrest in Kashmir.

The filmmaker herself makes an appearance in the documentary for a brief moment, “I make an appearance through an ugly video clip of me” she chuckles. Being the daughter of an eminent photographer, Avani invariably felt the weight of the legacy upon her shoulders, “I would never be able to do what I want in complete freedom. People would tell me, at least framing toh aana chahiye.” But an unfazed Avani always did things on her own terms. Ask the filmmaker about some of the most poignant thoughts during the course of film and she recounts, “We always keep saying written history is rewritten by those in power. But photo history can't change and my father believed in that. We are supposed to learn from history and we are not doing that. People need to know what we have gone through,” she signs off.

Avani Rai's new documentary on one of India's most celebrated photographers captures his  personal journey. 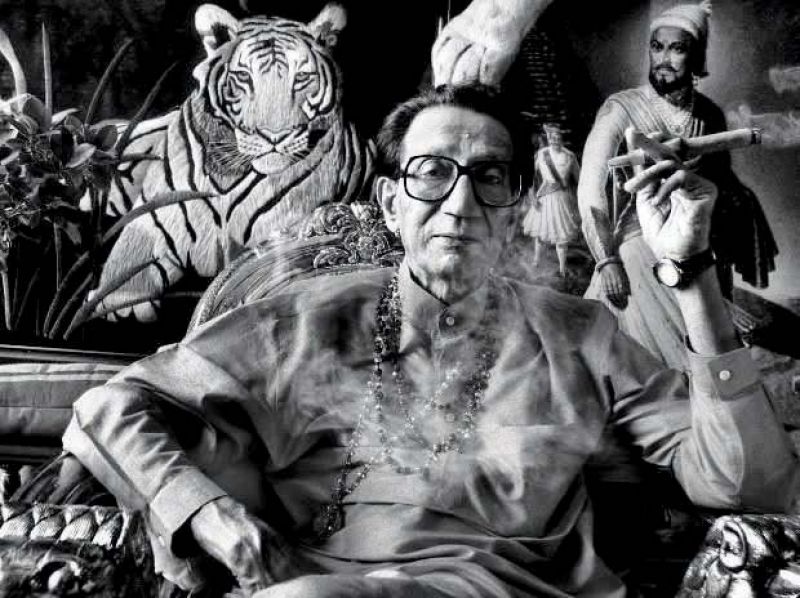 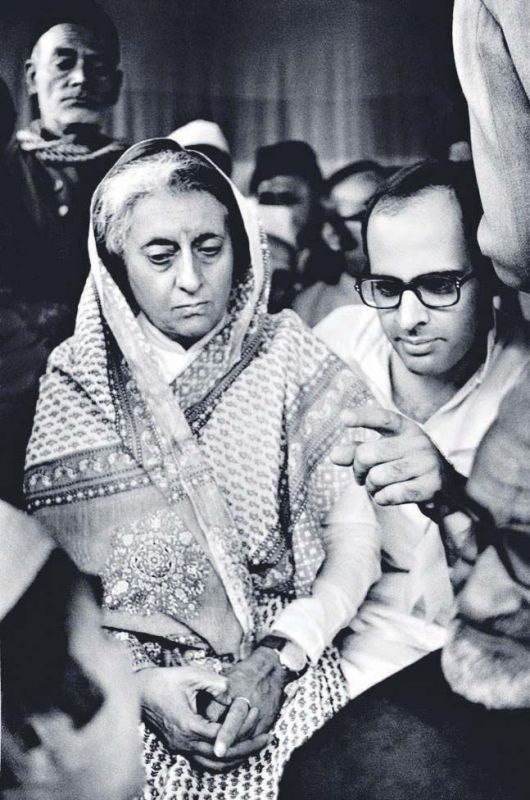 1977: Indira Gandhi at a politcal rally in Amethi— All images by Raghu Rai 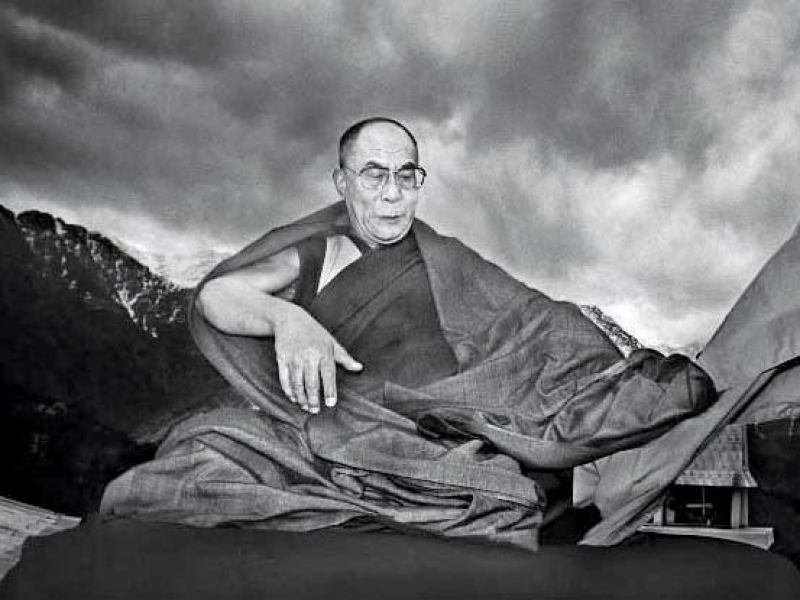 1990: The Dalai Lama in The Himalayas 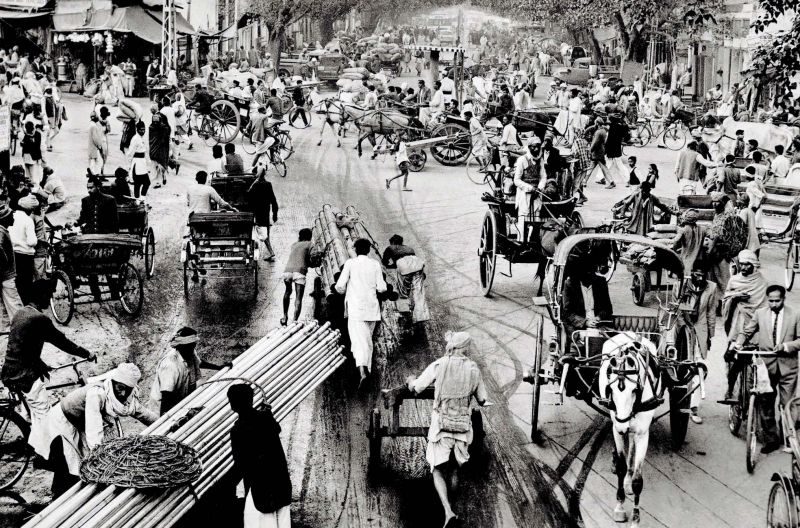