The tasks escalate from simply watching a horror movie in a dark, locked room to cutting your body parts. The final level results in suicide. 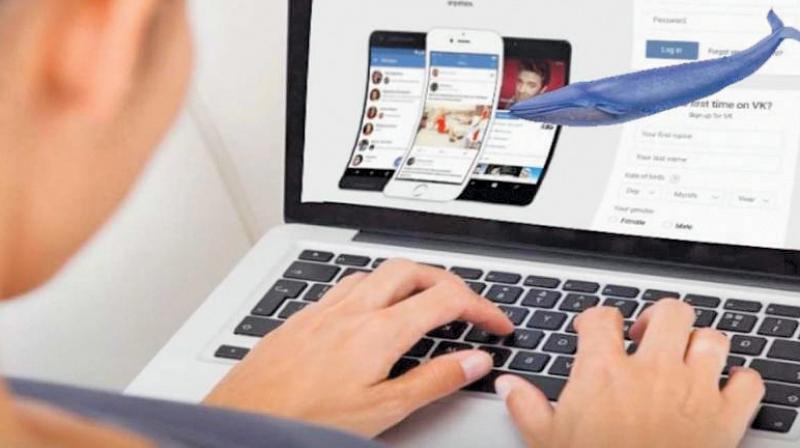 A social media epidemic called the Blue Whale Challenge, has ensured that the name will be associated with fear and death.

When one says ‘blue whale’, a picture of beauty and serenity usually comes to mind. However, now, a social media epidemic called the Blue Whale Challenge, has ensured that the name will be associated with fear and death. The game, which originated in Russia, and is quickly spreading across the world, encourages self-harm as a way to get through each level.

The tasks escalate from simply watching a horror movie in a dark, locked room to cutting your body parts. The final level results in suicide.

While social media had been buzzing about the alarming game for a long time, it may have found its way to Indian shores, with a suicide right here in Mumbai being possibly linked to the game.

A 14-year-old child, who jumped off his fourth floor roof in Andheri on Saturday had nothing incriminating in his own phone. However, his friends on WhatsApp groups have allegedly discussed the fact that his suicide may have been due to the game, thereby alerting the police to the fact. With the investigation still ongoing, it has become more imperative than ever to sensitise city folks about the game, says psychiatrist Kinjal Pandya.

“Parents need to learn all that they can about the game, so that they can spot if their child is taking part in behaviour that is typical of this game. If so, they should immediately take strict action against the child and also consult a counsellor on an urgent basis,” explains Kinjal.

Children also need to be alert and help out their friends. “If a child sees his peers taking part in these activities, then he or she should also immediately inform the authorities. It is a matter of their friend’s like after all,” adds Kinjal.

According to the psychiatrist, a sense of adventure is what leads kids to this dangerous game. “Kids, when they are entering teenage, have a sense of adventure that causes even the most timid of them to seek out thrills. Also, they would want to feel a sense of achievement, which would come with completing levels of the game. A child would feel the need to complete the game as the very term ‘game’ means it’s part of leisure, which they take far more seriously than academic achievements. Sensitisation on this matter is the need of the hour, and colleges and schools must get on this right away,” she concludes.