The reality of Escobar

Don't expect an immersive Pablo-centric movie with even a fraction of the series’ depth and grit. 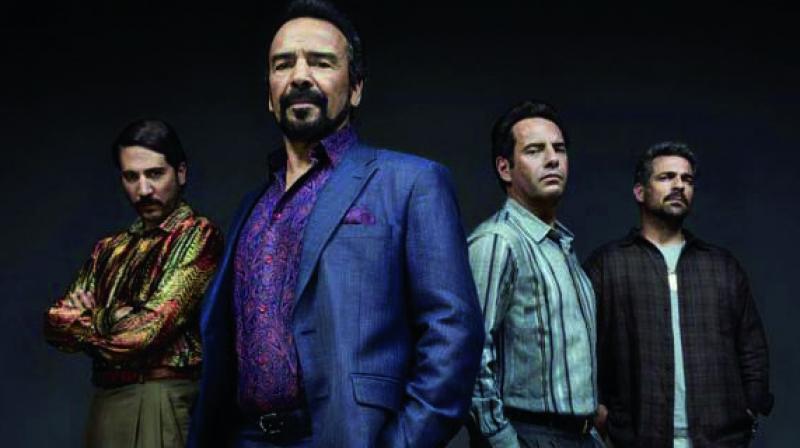 Narcos on netflix STAR RATING: 5 on 5 MUST-WATCH? Yes. BINGE-WATCH ONLY! (as if “must-watching” is an option)

Did you know? Wagner Moura who played Escobar did not know Spanish before the show! A young version of Escobar’s son, Juan Pablo, is in the series, but the real life Juan Pablo was not too keen on some of the things included. Juan has since changed his name to Sebastian Marroquin to avoid the infamous “Escobar” moniker, but still does not like some of the times the truth about his family is stretched.

The name Pablo Escobar transfixes one... and throws open the world of cocaine cartels, and peeks into the life of the most wanted man on the planet.

José Padilha, director of this dangerous real life drama, brings the main character in this drama, Pablo Escobar (played by Wagner Moura), to life with the flair of a true artist. He even throws in real-life footage to slap you out of the stupour that reel-life has got you into.

Thousands of lives, millions of bullets and billions of dollars later, you’ll want more but can’t get yourself to call it a drama anymore. Real life tragedy, maybe. Maybe even “absolute insanity — can’t be real” or “corrupting wealth, power and narcotics reality television.” Luckily, we get to be hooked to watching the story and not living any part of it.

Colombia; Cocaine capital of the world — Escobar’s doing — in the process of which he became the most wanted man in Colombia (and possibly the world) at the time. Lived his life looking over his shoulder. Equal parts savage ambition and cold courage. Too big for the screen, let alone share it with someone else. Too intricate for a single season, let alone getting compressed into a movie.

Don't expect an immersive Pablo-centric movie with even a fraction of the series’ depth and grit. Don’t even expect Season 3 (which isn’t about him, but about the Cali cartel — successors to the cocaine throne) to be as impactful as the first two seasons. And, of course, get used to subtitles. You’ll need them.

Season 1 shows the early days, when Pablo was just beginning to build his empire, with scenes of absolute character grit and almost likeable Robin Hood-esque facets of the man that make you want to forgive him for any wrong doings, but it begins to steer towards his rapidly growing enterprise and his political ambitions soon enough. One might think this to be a familiar plot line, which it is, no doubt. But try shaking off that feeling that anything from this genre so far isn’t a patch on this because it’s the truth told in it’s rawest form save for some screen prerequisites (creative narrative licenses mostly). Or don’t, because you will not succeed. I suggest you give in now and binge-watch the whole thing (30 enthralling episodes) before the fourth releases.

Crucial elements meld together in Season 2 and 3, bringing the second to a violent ending and introducing the (then) future of Columbian cocaine cartels smack bang to centrestage. DEA agent Javier Peña (played by Pedro Pascal) is a crucial piece to this narrative. He, along with the rest of the DEA team assigned to the task, M-19 and Colombia's own police force take him down in a collective of epic scene after epic scene.

Season 3; Cali Cartel a.k.a. Corporate Columbian Cocaine Cartel #1. Chilling. Brilliant. Very much in line with the series’ conceptualisation and execution, but not as raw, in my opinion.