Copleston High School, in Ipswich, has placed skirts on a list of unacceptable items alongside skinny jeans and facial piercings. 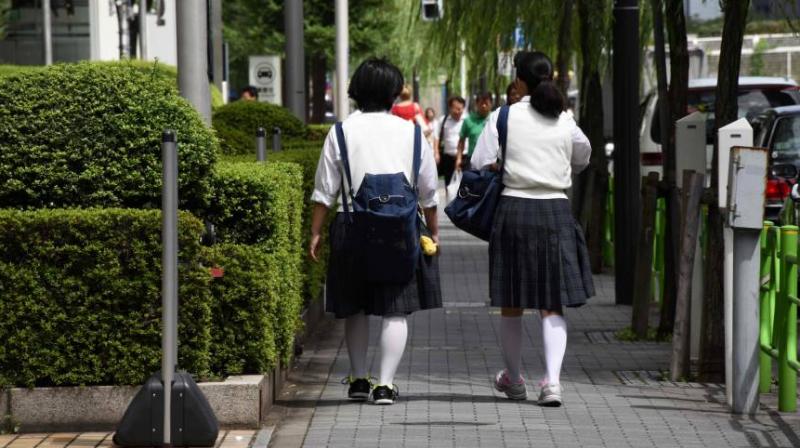 Skirts at Woodhey High School, in Bury, were deemed undignified and embarrassing for staff and visitors (Photo: AFP)

London: Skirts as an option for schoolgirls is increasingly on the way out as schools across Britain adopt more gender-neutral uniform policies.

According to a 'Sunday Times' analysis of the uniform policies of schools in England, at least 40 secondary schools have stopped girls from wearing skirts, while others are consulting on a ban. The change to trousers for all comes as schools try to cater to the needs of transgender pupils.

The move by schools come as the UK government prepares to clarify the rights of transgender people in changes to the country's Gender Recognition Act. A consultation paper is expected on Tuesday.

Priory School in Lewes, East Sussex, which banned skirts last year, said pupils had questioned why its uniform was different for boys and girls, and that the needs of transgender students must be taken into account. Crawshaw Academy, near Leeds, is "consulting on implementing a gender-neutral uniform (trousers only)," the newspaper reports.

Copleston High School, in Ipswich, has placed skirts on a list of unacceptable items alongside skinny jeans and facial piercings. Widely in Ipswich, eight secondary schools prohibit them, which means the majority of girls attend trouser-only schools.

Skirts at Woodhey High School, in Bury, were deemed undignified and embarrassing for staff and visitors when girls sit on the floor for assembly and in drama classes.

In Bradford, numerous schools with a high proportion of Muslim pupils do not allow skirts on modesty grounds. Bans are also common in Leeds and Grimsby.

Some schools, however, are fighting this action and have launched save the skirt campaigns. Pupils at Philips High School, in Bury, which is planning to make wearing trousers compulsory for both boys and girls next year, have gathered hundreds of signatures on a petition arguing that a ban on skirts is sexualising pupils' bodies.

Its female pupils argue that they feel more confident in skirts and forcing them into trousers could damage our mental health.