Rare species of owls spotted in Delhi after seven decades

The campaign to ensure the return of owls to Delhi began after the dusky-eagle owl was first sighted in the sanctuary in 2014. 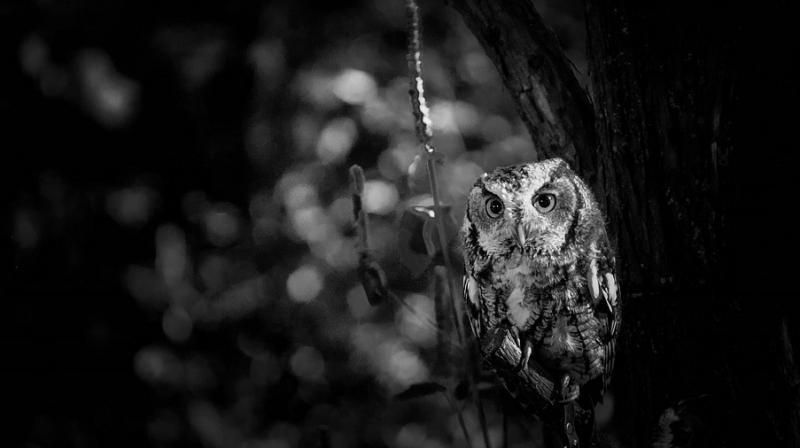 Seven species of this peace-loving creature had abandoned Delhi after pollution levels in the region began to increase (Photo: Pixabay)

New Delhi: For centuries, Delhi remained the the natural home for rare species of owls. But as pollution levels increased over the past decade, they began to abandon their habitat here and migrated to other more hospitable regions.

Now with the forest department running a campaign to create favourable conditions for their homecoming, rare species of owls have started to return to the National Capital Region.

A team of Bombay Natural History Society, a pan-India wildlife research organisation, is preparing a report on the return of the rare species of owls to Asola Bhatti Wildlife Sanctuary, located near Tughlaqabad on Delhi's southern edge.

Delhi was one the very few cities in India where 10 rare species of owls used to have their habitat, BNHS team's chief Suhel Madan told PTI-Bhasha. Of these, the return of the brown hawk, the oriental scops and the pallid scops to the wildlife sanctuary after almost 70 years is exciting for bird watchers.

Madan said pallid scops were among the first to be sighted in the region in 2016. Then the brown hawk was sighted in December 2017 and the oriental scops in February this year.

After Delhi government's initiative, Madan said, BNHS began to study in detail the wildlife and vegetation inside the 7,000-acre Asola sanctuary in 2005 to bring the mysterious and enigmatic world of owls before everyone.

The campaign to ensure the return of owls to Delhi began after the dusky-eagle owl was first sighted in the sanctuary in 2014.

Under the campaign, the forest department and other organisations attempted to develop conditions favourable for the return of the largely nocturnal birds. The campaign bore results in 2015, when the rare Indian eagle-owl was sighted.

Since then, authorities have registered the presence of all 10 species that were previously found in Delhi-NCR.

Madan said owls usually are sighted only in winters. Most of them make their home in the hollow of trees, but others may roost in an abandoned building or a rocky area around Delhi.

This summer, a night-time programme is being run in forest areas around Delhi to understand whether this mysteriously cunning bird goes into hibernation during the hot weather season. If found true, this would be a big achievement for birders in understanding the characteristics of owls.

"Seven species of this peace-loving creature had abandoned Delhi after pollution levels in the region began to increase and conditions for their habitat changed," he said.

According to Madan, the forest department's programme to plant trees and increase vegetation in Delhi has increased the number of possible homes for owls over the years.