Navy officer gets surprise of his life from wife

Natasha Daugherty surprises husband when he returns home from the sea with news about fourth baby. 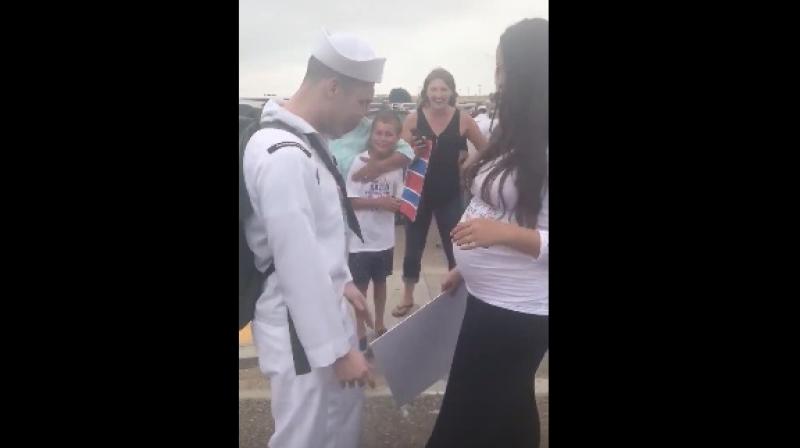 San Diego: A Navy wife greeted her husband returning from six months at sea by revealing she was nearly eight months pregnant with his fourth child.

Video posted by Natasha Daugherty to Facebook shows her husband, Petty Officer Chris Daugherty, hugging his three children on the docks in San Diego after getting off the USS Carl Vinson last week.

Natasha stood back holding a sign in front of her that read "Welcome Home Baby Daddy" and dropped it to reveal the pregnancy. The video captured his shocked reaction as he poked her belly and asked, "Is that real?"

Natasha says she found out she was pregnant soon after Chris deployed on January 5. She tells KSND-TV that keeping the secret "was difficult but totally worth it in the end."

Check out the video below