The method involves pulverising wood into a creamy paste and then adding yeast and an enzyme to start the fermentation process. 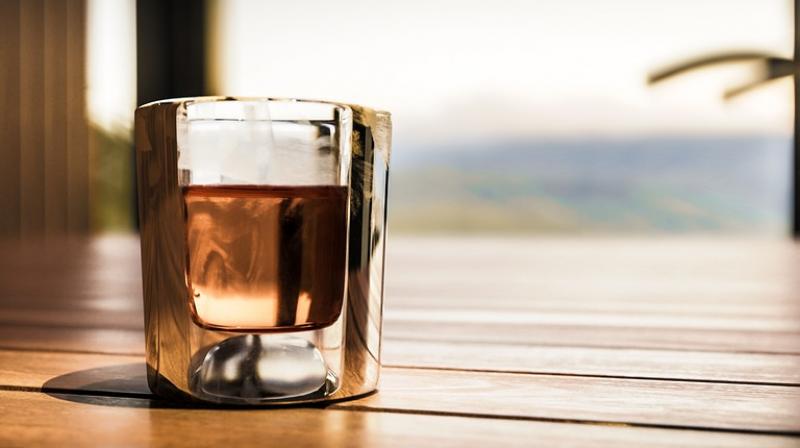 By avoiding using heat, researchers say they are able to preserve the specific flavour of each tree's wood (Photo: AFP)

Tokyo: Discerning drinkers may soon be able to branch out after Japanese researchers said Tuesday they have invented a way of producing an alcoholic drink made from wood.

The researchers at Japan's Forestry and Forest Products Research Institute say the bark-based beverages have woody qualities similar to alcohol which is aged in wood barrels. They hope to have their "wood alcohol" on shelves within three years.

The method involves pulverising wood into a creamy paste and then adding yeast and an enzyme to start the fermentation process.

By avoiding using heat, researchers say they are able to preserve the specific flavour of each tree's wood.

So far, they have produced tipples from cedar, birch and cherry.

Four kilogrammes (8.8-pounds) of cedar wood gave them 3.8 litres (eight pints) of liquid, with an alcohol content of around 15 percent, similar to that of Japan's much-loved sake.

Wood fermentation is already used to produce biofuel but the product contains toxins and is flavourless, making it far from a suitable cocktail component.

"But our method can make it drinkable, and with a wood flavour, because it does not require high heat or sulphuric acid to decompose the wood," Magara said.

The institute has a broad mandate for scientific study related to Japan's extensive woods and forests, but Magara acknowledged "wood alcohol" might not be the most obvious application for their research resources.

"We thought it would be interesting to think that alcohol could be made from something around here like trees," Magara said.

The government institute aims to commercialise the venture with a private-sector partner and to have the lumber liquor on shelves within three years.

"Japan has plenty of trees across the nation and we hope people can enjoy wood alcohols that are specialised from each region," Magara said.