Promoting well-being for everyone at all ages

Many elderly die every year due to falls at home, especially inside the toilets! 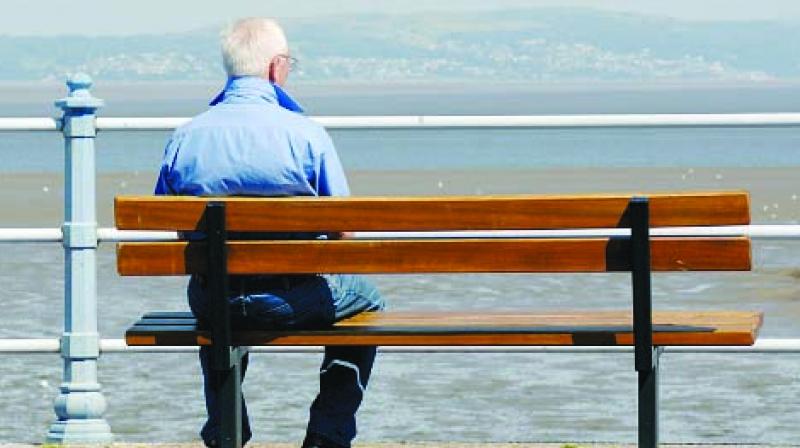 Mostof them, especially the newly retired, in the 58-70 age groups, still are active and can be productive, given the right opportunities, spaces and, most importantly, an enabling and supportive environment.

Dr Irudaya Rajan from Centre for Development Studies (CDS) was studying the plight of elderly in Kumbanad, Pathan-amthitta district quite close to where I was born in Kerala. The situations of the elderly in all these villages are deteriorating with rapid migration to foreign countries. In one of his studies he mentions, “Most of the elderly live lives of loneliness and isolation and in some cases they only have dogs and cats for company and not even a single child”. Kerala, fast becoming a greying state, has already put in place provisions for the care of the Elderly through the Acts brought in from time to time. The evolution of a progressive thinking is evidenced in the paradigm shift in the government’s plans of Vayomitram — Kerala Social Security Mission in 2013, that has moved from Institutional care and support to home based care and support, allowing the elderly to stay on in the comfort of their own environs in safety and with dignity.

However, the high levels of work related migration of the population in the productive age group, either out of the State or out of the country, has made even this “home based care” a challenge with no one available to provide the “care and support”. Even the lucky elderly people, who do have some means of local home-based support, find their external physical world shrinking to the four walls of their houses due to an environment that is not conducive for their safe mobility. With the shrinking of their spaces and the extreme polarisation of independent families, the social spaces available are also shrinking, leaving the elderly marginalised, physically as well as socially.

This is all the more counter-productive, as retirement age is only notional and is not indicative of age-related diminishing capabilities. Mostof them, especially the newly retired, in the 58-70 age groups, still are active and can be productive, given the right opportunities, spaces and, most importantly, an enabling and supportive environment.

Kerala in all districts face a huge neglect of the elderly except in Mallapuram District where Dr. Suresh has established a neighbourhood palliative care for the district using neighbourhood volunteers. HelpAge India’s report on age discrimination highlights that 53% of the elderly feel that they are discriminated in public spaces. In Kerala many people complain of abuse in their home. In God’s own country we feel it is no place for older people. Walking the long corridors many times for different tests, standing in long queues, waiting for the doctor to call them, places a physical toll on the elders and they requested at least additional chairs be placed in the OPD areas designated for the elderly, wheel chair facility for those who are not very mobile, toilet facilities and priority appointments for the elderly and compliance with the rules wherever such facilities for the elderly exist.

Since 2000, impressive advancements have been made on many health fronts. However, to meet the sustainable development goals health targets by 2030, progress must be accelerated. SDG 3 states — Ensure healthy lives and promote well-being for all at all ages and 3.8 says that we need to achieve universal health coverage, including financial risk protection, access to quality essential health-careservices and access to safe, effective, quality and affordable essential medicines and vaccines for all.

In banks, especially the frequently changing rules and procedures followed by the various banks were found to be too complicated for the elderly to comply with including the much touted Aadhaar Card. Even the challans had small sized fonts and elders interviewed found it difficult to fill in these challans without external support. Long queues, unfamiliar procedures, lack of staff to guide them, lack of even basic facilities like drinking water and toilets within the bank premises are some of the issues that need to be addressed to make banking age-compatible. With demonetisation and channelizing of all payments through banks, these issues will make it difficult for the elders to handle bank based transactions. Most toilets in Kerala and even other states are not age friendly.

Many elderly die every year due to falls at home, especially inside the toilets!

Transportation in buses: Priority seating for elderly, low steps, adequate time for getting on and off the bus, smooth driving are some of the requests made by the elders interviewed.

Roads & Safe Spaces: Rash driving, difficulty in crossing roads, lack of safe footpaths and lack of friendly spaces like parks were issues that kept the older and less mobile people confined to their homes and totally dependent on their children or others for their requirements.

One of the oft repeated statements from the persons interviewed was the lack of recognition and respect, or even acknowledgement of them as individuals needing special care and support. One of the unanimous recommendations was including this as a subject at the school levels. The society at large, including children and common service providers need to be aware of and sensitive to the needs of the elderly. A State level general awareness creation and sensitisation programme on the lines of a planned long term campaign, is essential to create this awareness. The Girl Child Campaign, Swach Bharath Abhiyan and People’s Planning Campaign are some of the good examples that can be used as precedence to raise the issue of age friendly Kerala and an age friendly India.

Apart from the general awareness creation and sensitisation programmes, there is also a requirement for focussed awareness creation, especially for the care givers of the elderly, including their own children with whom they may be residing. Age related diseases like Dementia, Alzheimer’s, age-friendly nutritional requirements, psycho-social needs etc., are some of the areas where focussed attention is required as these are frequently not recognised in time and the response of the care givers range from resigned acceptance to forcible physical restriction of movement. Only then will India become an age friendly country and Kerala can show the way.

The writer is the CEO of HelpAge India — Charkha Feature