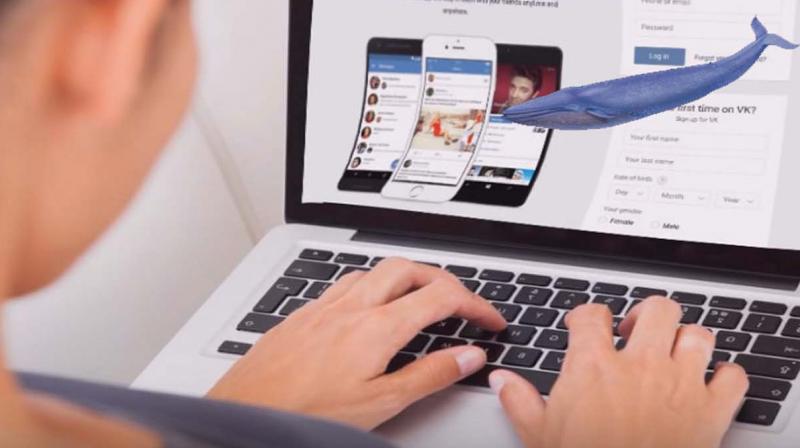 Blue Whale is a social media ‘challenge game’ that is feared to have taken the lives of more than 100 youngsters.

Black Russian is no longer the popular cocktail that’s a heady concoction of carefully chosen spirits. The ‘black’ that is  feared to be infesting youngsters in Russia is a heady mixture, but of self-harm and death. Blue Whale is a social media ‘challenge game’ that is feared to have taken the lives of more than 100 youngsters.

In essence, the game revolves around a ‘master’ (the anonymous administrator of a social media group) who orders you to do certain tasks for a period of 50 days. Every day, you are expected to do something bizarre like wake up at 4 am, staying aloof and not talking to anyone for an entire day, watching horror movies etc. As the days progress, the tasks become more sinister, like using a knife to draw the pattern of a whale on your forearms with blood. The challenge ultimately culminates with the player having to commit suicide on the 50th day to become the ‘winner’. While the roots of the game appear to emanate from Russia, it is seemingly spreading its tentacles to the rest of the civilised world.

Some East European nations like Bulgaria, caught in a Blue Whale panic, have debunked the whole thing. Balkan Insight quotes the Sofia-based Centre for Safe Internet saying there was no concrete evidence for the existence of the game or anything to substantiate the claim that teenagers were playing it in Bulgaria. “Blue Whale is a creepy manipulation of parents’ fears,” the internet watchdog said in a statement, last week.

However, fear continues to spread. Many schools in the UK have alerted parents to monitor their children’s smartphone behaviour. It’s only a matter of time before other countries will be forced to adopt drastic measures to counter the epidemic that Blue Whale is turning out to be. With some of the world’s most avid social media fans, India will inevitably be on the spreading fault lines of the sick game.

Of course, one way is to sensitise people against it, and the other is to use technology to prevent the malicious proliferation of the game itself. The latter is slightly difficult since Blue Whale is more of a social media movement and is difficult to trace.

All we can say is, may better sense prevail.

Teenage is a vulnerable stage
Kinjal Pandya, consulting psychiatrist
Teenagers like a challenge, and they often fall for such things because they take it up as a game, that they have to overcome, as a way to prove themselves to someone. The teenage years is an adventurous stage in life with kids brimming with confidence, bubbling with energy that they don’t know where to target. Teenagers have a “so what will happen/kya ho jaayega” attitude that makes matters worse because they do not think of the consequences of their actions — or even think before acting.

I won’t be surprised to know that the moderators or the admins of this game are psychopaths because this is an extremely sadist game. We experts are always on our toes to get kids, teenagers and young adults out of these suicidal tendencies, and such games and challenges only push them into the pit of depression.

In such a situation, I think parents can help their kids a lot starting with monitoring their kids’ activities on the Internet. This should be done regardless of such news doing the rounds — monitoring your kids’ online activities is every parent’s responsibility.

If a parent discovers that their teen is playing such a game or browsing on the Internet lurking into territories they shouldn’t (like self-harm websites, and violent sites), I suggest direct communication isn’t the best way forward because teenagers don’t like/prefer direct communication as they feel cornered.

In most cases with teenagers and young adults, indirect communication is always the next best step. Children need to be handled diplomatically — allow them to make their decisions like an adult, they will appreciate this. Have an open session discussing their needs and why they felt the need to go for such a game. If need be, visit an expert. But, again, let them do this themselves.

— As told to Pooja Salvi