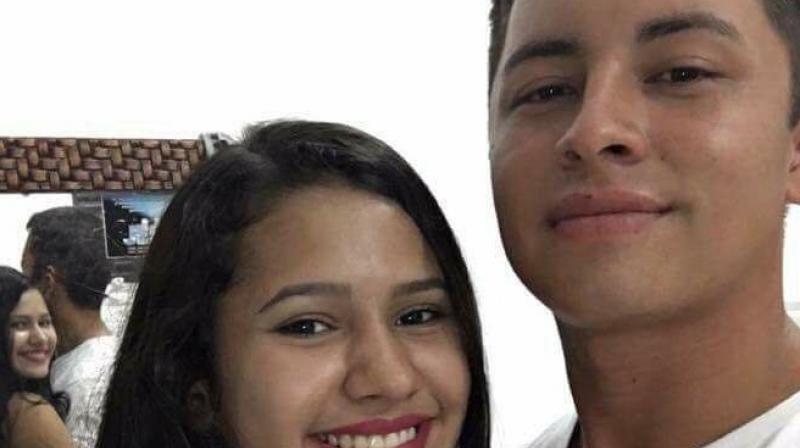 The mirror image shows the back of the boys head but it shows the girls face just like it is. (Photo: Twitter)

The selfie craze has been huge and couples don't seem to be getting enough of it. However, a recent viral photo of a cute couple is going viral because it is a selfie with an unusual twist that people can't really comprehend. The selfie has left many Twitter users confused and they can't really understand how the photo could be such.

The photo which went viral was posted by Twitter user Andy captioned “I love my girlfriend even if she’s a Gemini”. While the photo is just like any other of two couples hugging each other, it is only if you look closely that you realise the problem in the astonishing picture. The selfie shows a mirror image of the couple in the background but the only issue is that while the back of the boy’s head is seen, the girls face is clearly seen.

Many people reacted to the photo on twitter which has got over 48,000 retweets and around 99,000 likes.