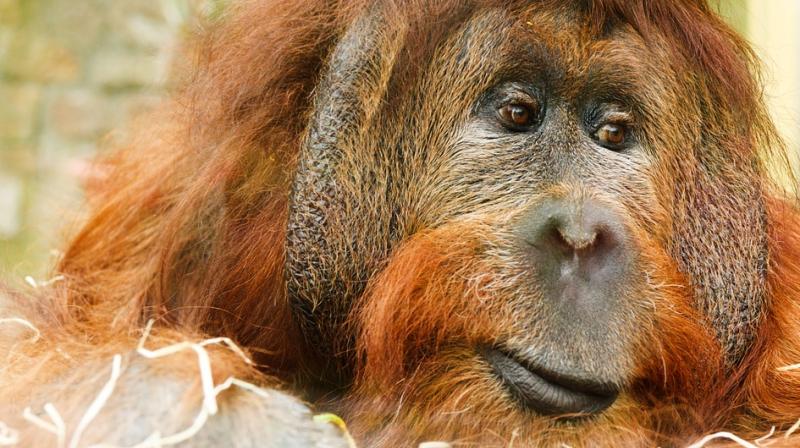 The apes at Apenheul Primate Park near the central town of Apeldoorn are shown pictures of other apes to see how they respond to them. (Photos:Pixabay)

The Hague: An animal reserve in the Netherlands is having apes respond to images of their fellow creatures on a tablet, a programme dubbed "Tinder for orangutans" by the Dutch press.

To better understand their emotions, orangutans and bonobos at the Apenheul Primate Park near the central town of Apeldoorn are shown pictures of other apes, and researchers evaluate their responses -- from neutral to aggressive, the park said."After seeing the photos, the monkeys have to push a button on the screen," the park said. "In this way we can measure their capacity for reaction."

The research, conducted with Leiden University, could improve breeding programmes for the apes, the park said.The local De Stentor newspaper wrote: "Apenheul wants to know if female orangutans like Samboja, looking at pictures on a tablet, can show a preference for potential mates, before they are flown to the Netherlands."

Initial results indicate that bonobos, an endangered ape species, react most strongly to photos showing positive behaviours, such as sexual activity or searching for lice, the park said."The study shows that primates pay attention to the emotions of their peers," the park said. "We now know, for example, that bonobos use body language to recognise emotions."But the study had to be suspended for the orangutans, after Samboja, a young female, destroyed a tablet showing potential suitors.