Jesse music for a High

Grammy Awardee Jesse Harris is also set to perform songs from his latest album, Aquarelle in Bengaluru before heading to Mumbai. 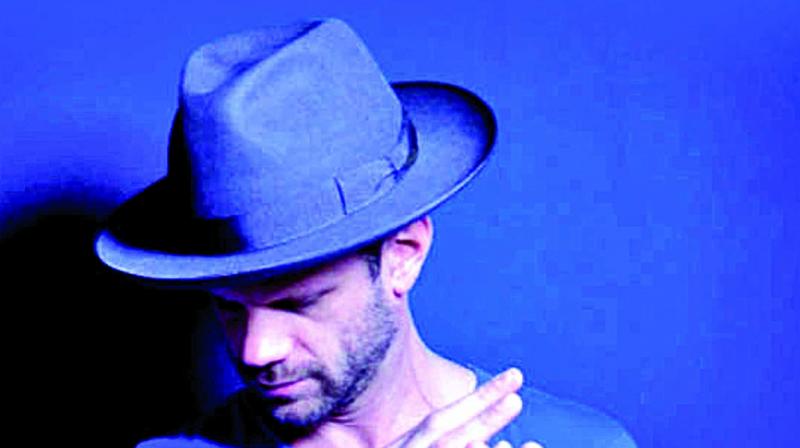 Grammy award winning singer - songwriter Jesse Harris is also a producer and guitarist. He is not  a stranger to the world of rock and jazz. He will perform in the city at Windmills Craftworks on January 4 before heading to Mumbai.

New Yorker Jesse mentions that like any other artist, becoming a musician was never a part of the plan. He adds, “I got into music the moment I started playing guitar I started writing songs and never thought about doing anything else. It had not been the plan, because I didn’t begin until I was 17-years-old, though I had taken classical piano lessons when I was younger.” Jesse’s music combines elements of rock, folk, jazz and Brazilian. Jesse recently released his album Aquarelle in September of 2018 and had been receiving rave reviews for it. Ask him about the album which was recorded in Lisbon, and he gives all credit to drummer Jeremy Gustin whose idea it was to record there. He adds, “It was Jeremy’s idea to record there with  Will Graefe and Ricardo Dias Gomes. Because I had recently released an album called Music For Chameleons, I had no desire to make a new album, but I had always wanted to visit Lisbon and the idea sounded fun. Having the session booked galvanised me to write some new songs, which became my favourites of the recording.”

A trio, Jesse along with Jeremy Gustin and Ricardo Dias Gomes will be performing in Bengaluru. On what we can expect from their show here, “The audience can expect us to play songs from the last two albums, Aquarelle and Music for Chameleons, as well as some assorted songs from my other records - and some of the songs that Norah Jones made famous. As for my expectations, so far the audiences in India have been so enthusiastic and they love music, so I expect to have a good time.” Jesse who considers people like Bob Dylan, Caetano Veloso, Duke Ellington and Bill Frisell to be his biggest role models feels that music gives us an opportunity to do many things. “It is an opportunity not only to be creative but to collaborate with people I admire and enjoy and to travel to other places, like India!” Jesse is also a short story writer who recently finished a collection of them which he would like to get published. A graduate of Cornell University, on what’s next, “I’m recording an album with my instrumental group,
Cosmo. That will be my next release. I’m also recording some new songs, singing at my new home studio,” he concludes.