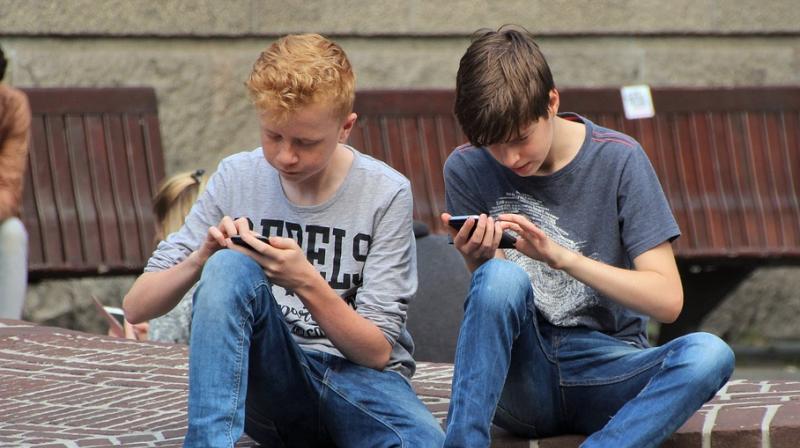 According to the findings of the San Diego State University, too much time spent on gaming, smartphones and watching television is associated with heightened levels and diagnoses of anxiety or depression in children as young as age two.

The study has been published in the journal Preventive Medicine Reports.

Even after only one hour of screen time daily, children and teens may begin to have less curiosity, lower self-control, less emotional stability and a greater inability to finish tasks, stated researchers Jean Twenge and W. Keith Campbell.

Twenge and Campbell were particularly interested in associations between screen time and diagnoses of anxiety and depression in youth, which has not yet been studied in great detail.

Their findings provided broader insights at a time when youth have greater access to digital technologies and are spending more time using electronic technology purely for entertainment, and also as health officials are trying to identify best practices for managing technology addiction.

“Previous research on associations between screen time and psychological well-being among children and adolescents has been conflicting, leading some researchers to question the limits on screen time suggested by physician organizations,” Twenge and Campbell wrote in their paper.

Twenge and Campbell found that adolescents who spend more than seven hours a day on screens were twice as likely as those spending one hour to have been diagnosed with anxiety or depression - a significant finding. Overall, links between screen time and well-being were larger among adolescents than among young children.

“At first, I was surprised that the associations were larger for adolescents,” Twenge said. “However, teens spend more time on their phones and on social media, and we know from other research that these activities are more strongly linked to low well-being than watching television and videos, which is most of younger children’s screen time.”

Among other highlights of Twenge and Campbell’s study:

-Moderate use of screens, at four hours each day, was also associated with lower psychological well-being than use of one hour a day.

-Among preschoolers, high users of screens were twice as likely to often lose their temper and 46% more likely to not be able to calm down when excited.

-About 9 per cent of youth aged 11-13 who spent an hour with screens daily were not curious or interested in learning new things, compared with 13.8% who spent four hours on screen and 22.6% who spent more than seven hours with screens.

“Thus, there is an acute need to identify factors linked to mental health issues that are amenable to intervention in this population, as most antecedents are difficult or impossible to influence,” they continued. “Compared to these more intractable antecedents of mental health, how children and adolescents spend their leisure time is more amenable to change.”