Obesity can be prevented with help from Amazonian fruit

The researchers believe the anti-obesity effect of camu camu could be explained by an increase in resting metabolism. 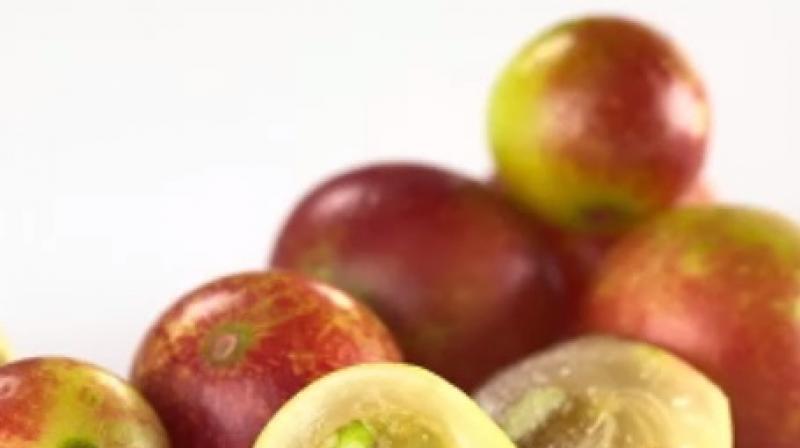 Toronto: An extract of camu camu - a fruit native to the Amazon - may help fight obesity and metabolic disease, a study conducted in mice suggests.

The study, published in the journal Gut, found that the extract prevents obesity in mice fed a diet rich in sugar and fat.

The chemical composition of camu camu is unique in that it contains 20 to 30 times more vitamin C than kiwis and five times more polyphenols than blackberries.

Researchers at the Universite Laval in Canada fed two groups of mice a diet rich in sugar and fat for eight weeks.

Half the mice were given camu camu extract each day.

At the end of the experiment, weight gain in camu camu-treated mice was 50 per cent lower than that observed in control mice and was similar to the weight gain of mice consuming a low-sugar, low-fat diet.

The researchers believe the anti-obesity effect of camu camu could be explained by an increase in resting metabolism in the mice that received the extract.

They also found that camu camu improved glucose tolerance and insulin sensitivity and reduced the concentration of blood endotoxins and metabolic inflammation.

"All these changes were accompanied by a reshaping of the intestinal microbiota, including a blooming of A muciniphila and a significant reduction in Lactobacillus bacteria," said Andre Marette, a professor at Universite Laval.

"Camu camu thus exerts its positive metabolic effects at least in part through the modulation of the gut microbiota," researchers said.

The toxicity of the fruit extract should not pose a problem since it is already commercialised to combat fatigue and stress and stimulate the immune system.