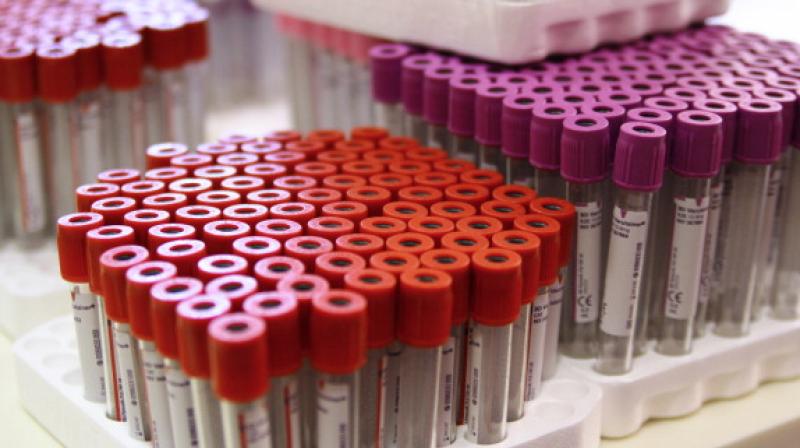 Worldwide, about 10 million people are afflicted with the disease (Photo: AFP)

Paris: Lab monkeys with Parkinson's symptoms regained significant mobility after neurons made from human stem cells were inserted into their brains, researchers reported Wednesday in a study hailed as "groundbreaking".

The promising results were presented as the last step before human clinical trials, perhaps as early as next year, the study's senior author, Jun Takahashi, a professor at Kyoto University, said.

Worldwide, about 10 million people are afflicted with the disease, according to the Parkinson's Disease Foundation. Earlier experiments had shown improvements in patients treated with stem cells taken from human foetal tissue and likewise coaxed into the dopamine-producing brain cells that are attacked by Parkinson's.

Dopamine is a naturally occurring chemical that plays several key roles in the brain and body.
But the use of foetal tissue is fraught with practical and ethical problems.

So Takahashi and his colleagues, in a medical first, substituted so-called induced pluripotent stem cells (iPSCs), which can be easily made from human skin or blood.

Within a year, some monkey's who had could barely stand up gradually recovered mobility.
"They became more active, moving more rapidly and more smoothly," Takahashi said by email. Animals that had taken to just sitting "start walking around in the cage."

"These findings are strong evidence that human iPSC-derived dopaminergic neurons can be clinically applicable to treat Parkinson's patients," he said.

Experts not involved in the research described the results as encouraging. The treatment, if proven viable, "has the potential to reverse Parkinson's by replacing the dopamine cells that have been lost -- a groundbreaking feat," said David Dexter, deputy research director at Parkinson's UK.

"Not only did the new cells survive... but they also integrated with the existing neuronal network," he said.

Neurons made from foetal tissue grafted into brains have been known to survive for more than a decade, and the researchers said they expected those derived from iPSCs to last just as long.

Tilo Kunath, Parkinson's Senior Research Fellow at the University of Edinburgh, said the outcome was "extremely promising," and highlighted the advantage of avoiding stem cells extracted from human foetal tissue.

"It means that this therapy can be used in any country worldwide," including Ireland and most of South America, where medical use of human embryonic stem cells is banned.

The results, reported in the journal Nature, were not the same for the dozen monkeys in the experiment, each of which received donor neurons from a different person.

"Some were made with cells from healthy donors, while others were made from Parkinson's disease patients," said lead author Tetsuhiro Kikuchi, also from Kyoto University.

The varying outcomes suggested that the quality of the donor cells might play a role, so the researchers looked for genes that might explain the differences. Eleven genes, especially one known as Dlk1, showed up in many of the most successful transplants, suggesting that screening potential donor cells may be critical.

Other experts evaluating the study said that stem cell treatment targets only some symptoms. "No one expects that transplants will address the non-dopamine, non-movement aspects of Parkinson's disease, such as dementia and falls," said Tom Foltynie, a professor at the National Hospital for Neurology and Neurosurgery in London.

In the experiments, the lab-made nerve cells were injected into the brain through a thin needle during surgery. "The needle is so thin that it causes almost no damage," Takahashi said.

After organ transplants or skin grafts from donors, recipients must take drugs to prevent their immune system from attacking foreign tissue.

In monkey-to-monkey experiments, they found that the neuron transplants worked better across animals who shared similar gene groups responsible for shaping the immune system. The same, they conjecture, will apply to humans.

In addition, if the stem cells came from the patient's own skin or blood, the problem would probably not arise in the first place, Takahashi said.