Tobacco consumption ranks second in cause for cardiovascular disease

The top cause for the disease is high blood pressure 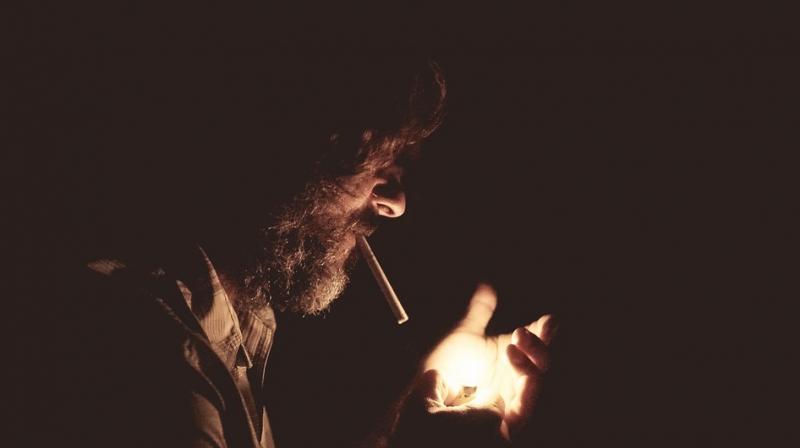 New Delhi: Cardiovascular disease is one of the leading causes of death in the country today.

Dr Santosh Kumar Agarwal, senior interventional cardiologist, Kailash Hospital and Heart Institute, Noida states, statistics indicate that nearly six million people die of tobacco use or exposure to secondhand smoke, accounting for six percent of female and 12 percent of male deaths worldwide, every year. It is estimated that by 2030, tobacco-related deaths are likely to increase to more than eight million a year.

Estimates show that smoking causes nearly 10 percent of CVDs and is the second leading cause of CVD, after high blood pressure. There are a number of ways in which tobacco can cause CVD. Whether it is smoking or chewing, tobacco damages blood vessels, temporarily raises blood pressure, and lowers exercise tolerance. It also reduces the oxygen-carrying capacity of blood and increases the tendency for blood to clot. Blood clots in the arteries can further cause a range of heart problems, which ultimately result in a stroke or sudden death.

Smoking hastens atherosclerosis and damages blood vessels. This 'peripheral arterial disease' can impact blood circulation, particularly to the hands and feet, and result in blood clots, gangrene, and eventually amputation.

Cigarette smoke contains many chemicals. Some of them are:

Nicotine: This is an addictive drug affecting brain and muscle activity. It increases the blood pressure, making the heart work harder.

Carbon monoxide: This is a poisonous gas that replaces oxygen in the blood and makes your heart beat faster.

Tar: It is a sticky substance that coats the lungs like soot in a chimney, making it harder for a person to breathe. Tar also contains dozens of cancer-causing chemicals.

Smoking and its effects

Tobacco kills half of its users, with smoking and smokeless tobacco killing nearly 6 million people worldwide - one death every six seconds - each year, says the World Health Organization (WHO).

Second hand smoking, also known as passive smoking is an equally serious health hazard. Non-smokers living with and around smokers have a 30 percent more risk of acquiring heart disease. Second hand smoke is particularly risky for children and babies as it increases the likelihood of sudden unexplained death in infants, bronchitis, pneumonia, and asthma.

There are about 4,800 chemicals in cigarette smoke, 69 of which are known to cause cancer. Apart from cancers, smoking also leads to chronic bronchitis, heart disease,stroke, and other conditions and disorders such as delayed healing of wounds, infertility, and peptic ulcer disease.

How quitting smoking can help?

- Carbon monoxide is out of the blood system

- Oxygen levels in the blood rise

Within two to three months

- Lungs regain the ability to clean themselves

- Blood flow to the hands and feet improves

Within two to six years

Tobacco cravings or the urge to smoke can be powerful. However, one must remember that although the urge may be intense, it will probably pass within few minutes whether or not you smoke a cigarette or take a dip of chewing tobacco.

Each time you resist this craving, you are one step closer to quitting this deadly habit for good. Here are some ways in which you can quit this habit:

- Identify the trigger situation, which makes you smoke. Have a plan in place to avoid these or get through them alternatively.

- Chew on sugarless gum or hard candy, or munch raw carrots, celery, nuts or sunflower seeds instead of tobacco.

- Get physically active. Short bursts of physical activity such as running up and down the stairs a few times can make a tobacco craving go away.