Short course of talk therapy may improve sleep during menopause

It is also important to note that as women transition into menopause, their rates of obstructive sleep apnea rise significantly. 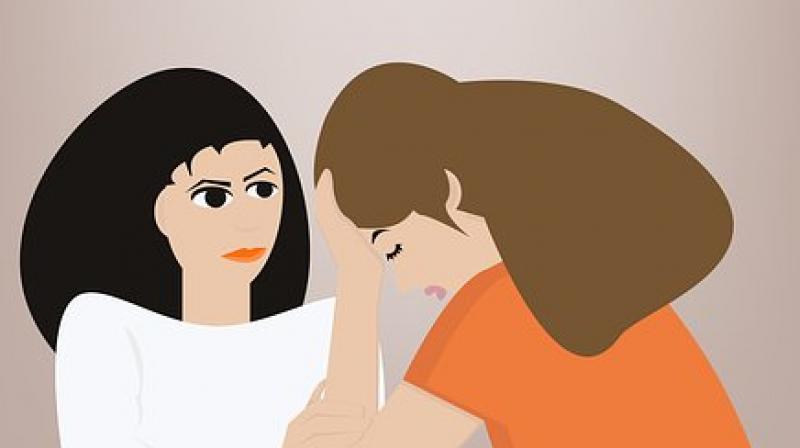 Cognitive behavioural therapy appears to be an effective way to improve sleep in middle-age women who have hot flashes, suggests a new study.

CBT outperformed both exercise and medication, Guthrie and colleagues found.

Sleep problems are common just before, during and after menopause. Even women who don’t technically have insomnia often wake up in the middle of the night and have trouble getting back to sleep.

As reported in the journal Sleep, the researchers studied more than 500 menopausal or postmenopausal women, ages 40 to 72, in Boston, Indianapolis, Oakland, Philadelphia, or Seattle. All of the women had sleep problems and hot flashes, and all were participating in randomized trials as part of the Menopausal Strategies: Finding Lasting Answers to Symptoms and Health (MsFLASH) studies.

Participants kept sleep diaries and talked to a sleep coach by phone six times over an eight-week period, receiving detailed personalized advice and tools to tweak their sleep habits, including information on proper sleep hygiene, maintaining a good “sleep window,” and how to practice “constructive worry” when ruminating thoughts keep them awake at night, said Guthrie, who is a researcher at the Fred Hutchinson Cancer Research Center in Seattle, Washington

The participants filled out Insomnia Severity Index (ISI) and the Pittsburgh Sleep Quality Index (PSQI) surveys at the start and again two to three months after the CBT.

About half of the women had baseline ISI scores of 12 or above, on a scale of 0 to 28, with higher scores indicating worse problems sleeping. CBT produced the greatest reduction in ISI from baseline compared to placebo or control groups with an average reduction of 5.2 points.

Exercise and venlafaxine reduced ISI scores by about 2 points, while hormone therapy, escitalopram, and yoga led to only modest decreases in scores.

Escitalopram, exercise, yoga, estradiol and venlafaxine resulted in an average drop of 1.2 to 1.6 points, but omega-3 supplements did not improve insomnia symptoms at all.

“If (a woman) has menopause-associated insomnia symptoms and moderately bothersome hot flashes, it is definitely worth the time to try a course of CBT as a treatment before trying antidepressant medications or low-dose estrogen,” Guthrie said.

This is good news because this type of therapy involves no medication, is low-cost, non-invasive and there’s a fairly small-time commitment, said Guthrie.

Dr. Shelby Harris, director of behavioural Sleep Medicine at the Sleep-Wake Disorders Center of Montefiore Health System in New York City said this is a great study that looks at a number of interventions for the vasomotor symptoms during menopause, both pharmacological and nonpharmacological.

“The field has been quite limited in the past in its ability to help insomnia suffers during this phase of life, and research is really beginning to show that there are methods to help one sleep better during menopause, without necessarily having to rely on medication,” Harris told Reuters Health by email.

Harris, who wasn’t involved in the study, said CBT for Insomnia not only targets the reasons for waking up in the middle of the night but also addresses maladaptive behaviours after awakening, which often worsen the problem and prolong the awakenings.

“Such behaviours might include: lying in bed tossing and turning, worrying, watching TV in the middle of the night in bed, spending excessive time in bed, and doing work just before bed without any wind-down,” she said.

CBT may help deepen sleep and also help reduce the length of time awake after an awakening because it changes the maladaptive behaviours over time to more sleep-appropriate ones, said Harris.

“It is also important to note that as women transition into menopause, their rates of obstructive sleep apnea rise significantly and if a woman’s sleep becomes disturbed or broken and she has snoring or pauses/choking or gasping at night, she should seek a consultation with a sleep specialist to have any sleep-disordered breathing ruled out,” Harris said.